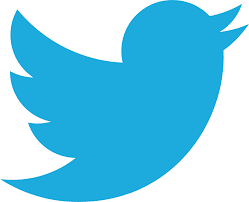 My blog posting yesterday cited to an article in The New York Times that reported that our president got involved in a rather "nasty" name-calling incident while in Great Britain. The story prominently featured the president's use of Twitter, the online news and social networking service.

Twitter, it appears, tends to bring out the "nasty" in everyone. While our president is definitely leading the pack, it does seem that offensive personal commentaries are a genuine Twitter staple. Take, for instance, the behavior of Georgia Clark, a [now former] Texas high school English teacher. Clark is pictured below: 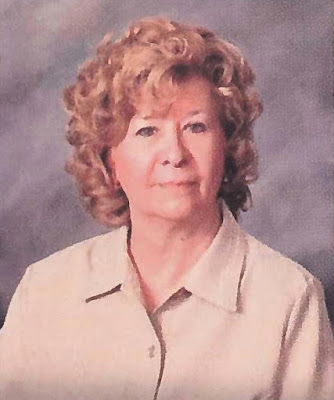 Ms. Clark used Twitter to make an appeal to President Trump to "remove the illegals that are in [the] public school system." She made other statements on the same topic, some of the statements being so offensive that The Times alluded to, but did not repeat, her exact language.

The teacher apparently thought that her Twitterings were winging their way directly to the president's private ear, as though they were bird-billed private messages. How unfortunate for her to discover that Twitter technology made sure that her prejudiced remarks were broadcast widely. Upon learning about her Tweets, the Board of Trustees of the Fort Worth Independent School District voted unanimously to fire her.

I do have a personal Twitter account, but have resisted, so far, the temptation to fire off negative personal remarks whenever such remarks come to mind. It may be just the legacy of my parents' injunction: "If you can't say something nice, don't say anything at all." However, I do think that there is more to it than that. Over time, maybe by reading Hannah Arendt about "plurality," I have come to believe that neither I, nor anyone else, has any access to something called "truth," when that word is used to delineate what is definitively right or correct in the political world in which we most immediately live.

If such a "truth" were accessible to us, there might even be an obligation to fire off Twitter-based salvos whenever we perceived some contradiction to this "right order." None of us, however, can claim to have access to a "truth" that trumps the views of other people. What we have is multiple "opinions," and we need a way to work through the diversity that is inherent in our plural existence to try to find ways of living together that are reasonable and acceptable to most. Thoughtful discussion, not dismissive put downs, and Twitter tirades, are how to advance our political discourse.

I have some genuine regret that the Fort Worth schoolteacher didn't understand this - and that her misunderstanding came from following the bad example provided by our president. A compelling article in the June 7, 2019, edition of The New York Times, entitled, "A Selfie, a Slur and a Fissure in One School's Silence About Race," shows how such a discussion about racial discrimination in our schools might have been accomplished. That story, too, started with social media put downs, leading to political controversy and condemnation, but the result seems to have been rather heartening. Maybe that Fort Worth School District ought to follow the Minnesota model profiled most recently in The Times' story.