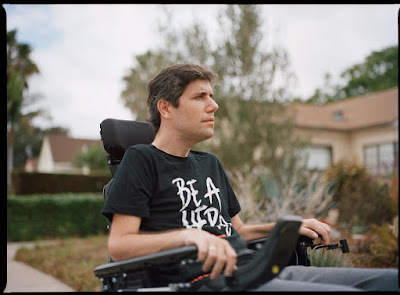 I was impressed by a powerful editorial statement printed in the May 4, 2019, edition of The New York Times. Ady Barkan, pictured above in 2018, is a lawyer and a progressive political activist. In 2014, he was working to influence the Federal Reserve's decisions on monetary policy. Against the odds, he actually seemed to be having some impact. Read the column for the story. Written by Binyamin Applebaum, the column is titled, "Dying Is No Reason to Stop Fighting."

In 2016, just as Barkan's campaign on monetary policy began having some success, Barkan found that he had ALS, a disease that leads, inevitably, to death. Barkan was staggered by this news, completely unexpected, but he decided that he would keep on fighting for the causes he championed. During the 2018 midterm elections, Barkan went on a nationwide tour, speaking before thousands of people, even as he was losing the ability to speak.

That's a question addressed to each one of us!