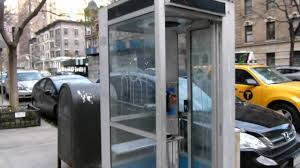 The New York Times is doing an extended series of articles on privacy. The Times calls it "The Privacy Project." If you click that link, you'll be shown a smorgasbord of articles that discuss privacy, and that illustrate how privacy seems to be evaporating in the face of modern technologies. As a person who teaches a Legal Studies course called "Privacy, Technology, And Freedom" at the University of California, Santa Cruz, I am following the series with great interest.

In the April 29, 2019, edition of the paper, The Times published an article by Josephine Wolff, who is an Assistant Professor in the Department of Public Policy at the Rochester Institute of Technology. Wolff's article was entitled, "If You Don't Expect Secrecy, You Won't Get It." Her article was retitled, in the online edition: "Losing Our Fourth Amendment Data Protection."

Wolff's article highlights a legal principle that may not be well understood. Since the Supreme Court's decision in Katz v. United States, decided in 1967, our "right to privacy," established as a genuine constitutional right by the 1965 decision in Griswold v. Connecticut, has been based on our "expectations."

Those who know Katz will understand why I chose the photo, above, to head up today's blog post. Katz was a bookmaker who carried out his profession by using a phone booth located in the street to make the betting arrangements that were the source of his income. That was against the law, but how would law enforcement have ever known? Well, federal agents bugged the phone booth and caught their criminal. No search warrant was first obtained, however, and the Supreme Court said that Katz had an "expectation of privacy" inside that booth, with the doors closed, and so a warrantless search invaded the privacy rights that Griswold had conferred.

What Josephine Wolff points out is that we no longer, really, should have any "expectation," whatsoever, that our location, physical characteristics, and other such identifiers are "private." We are carrying around geolocation units in the form of our cellphones, and no one really thinks that his or her location is actually "private," or that we have any real "privacy" with respect to whom we talk to, or visit, or who comes to visit us.

As is so often the case, Stephan Pastis is right on the money in his cartoon, "Pearls Before Swine." Click the image to enlarge:

Wolff has a good discussion about the "third party doctrine," too, which is another important legal principle affecting personal privacy. Read her article to get up to date on privacy protection.

I think you'll agree, after you have read Wolff's article, that we need to figure out some way to establish the principle that where we go, and the list of people to whom we talk, and other evidences of what we think and what we do, are  all "private," and not something we should "expect" to be shared generally with anyone, from advertisers to the C.I.A.