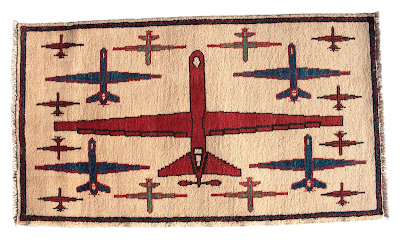 On Sunday, March 31, 2019, The New York Times ran an editorial titled, "The Secret Death Toll of America's Drones." So far, the United States has an "exclusive" on the use of military drones. It is unlikely that this death-dealing monopoly will continue forever. In the meantime, however, drones operated by the United States are killing lots of people, including people classified as "civilians," and the United States government is supressing the evidence. That was the main point of the editorial:

A lack of transparency and accountability for civilian deaths helps enemies spin false narratives, makes it harder for allies to defend American actions and sets a bad example for other countries that are rapidly adding drones to their arsenals. It could also result in war crimes, as some critics have claimed.

I was struck by a sentence right at the end of The Times' editorial:

There is no such thing as combat without risk.

I found this sentence singularly inappropriate with respect to the phenomenon being discussed; namely, the military use of drones by the United States.

"Combat," it seems to me, is properly defined as a "fight." This is the definition supplied by Merriam-Webster. In a fight, the "combatants" put each other at risk. The word "combat" shouldn't be used if that isn't the case.

The military use of drones is not a "fight," or a "combat," because the so-called "combatants" do not each have an equal ability to damage each other - or actually any ability to damage each other, to be more accurate. A sentence talking about an "unequal combat," could be a valid use of the word "combat." Take the example of how the U.S. Cavalary, with guns, matched off against Indian tribes equipped with bows and arrows. This is an example of an unequal combat. Still, in that kind of case, there is at least some chance that an Indian warrior could do damage to a solider. Indeed, we know that the Indians won, sometimes, as in the case of Custer's last battle at the Little Bighorn.

The military use of drones is not a "combat." A drone operator, located just outside Las Vegas, Nevada, perhaps, steers a drone airplane over Afghanistan, with the plane operating three miles above the ground. Using modern technology, the drone operator pushes the button to kill people whom someone has told the operator are people who ought to be killed. Others in the vicinity are killed, too. Those are the "civilian" casualties The Times is talking about.

Think about it, though. What sort of "combat" is this? There is no risk whatsoever to the drone operator. There is no "combat." Let's call it what it is. The military use of drones by the United States government is murder, albeit murder that is sanctioned by military or intelligence authorities. There isn't any "combat" involved. These are "executions," and nothing else - and executions that often wind up killing other people, who weren't specifically designated to die.

We do know some ways that those who take the side of those being executed are trying to turn the military use of drones into an actual "combat," where there is, indeed, "risk" on both sides. 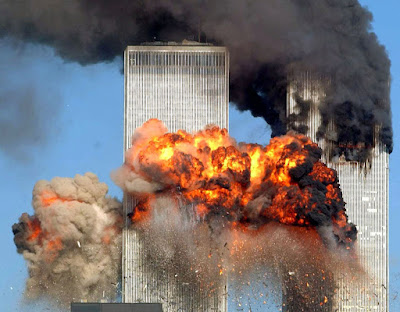 Image Credits:
(1) - https://www.nytimes.com/2019/03/30/opinion/drones-civilian-casulaties-trump-obama.html
The rug used by The Times was woven in Afghanistan. You can buy one from Warrug.com. It replaces more traditional designs!
(2) - https://www.express.co.uk/news/world/652765/Terrorist-attacks-Germany-Terrorism-Foiled-plots-Threat-Security-Islamic-State-ISIS