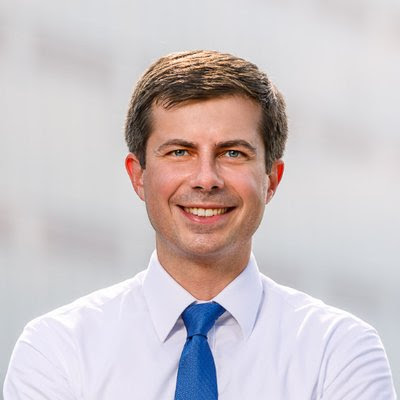 Pete Buttigieg (pictured above) is thirty-seven years old. He is the Mayor of South Bend, Indiana (located in the state in which our current Vice President served as Governor). Mayor Pete's last name is pronounced "Boot-Edge-Edge." He is running for President, and he got a nice write-up in yesterday's New York Times.

The FiveThirtyEight website says Buttigieg's candidacy should be taken seriously. In recent polling, he tied with Senator Elizabeth Warren.

Buttigieg is a former Rhodes scholar, who taught himself Norwegian, among other accomplishments. As The Times says, Buttigieg has a resume that is "comically overstuffed." Whatever his other accomplishments may be, I think Buttigieg is right on target with the following statement, quoted in The Times' article. Anyone wanting to beat Donald Trump in the upcoming 2020 presidential election had better understand this:

“I think there’s still an attitude in some parts of the party that what we have to do is find the final proof that Trump’s a bad guy and show it to everybody,” Mr. Buttigieg said in an interview. “What it misses is there’s a lot of people where I live who were under no illusions about his character. They already get that he’s a bad guy, but they made a decision with their eyes open to vote to burn the house down.”

Telling the American people what a narcissistic, erratic, and immoral person our president is will NOT lead to his rejection by the voters. As Buttigieg says, that fact has been demonstrated by what happened in 2016. We need a different approach. If the election is "all about Trump," and how "deplorable" he is, the Democrats are very likely going to lose the next election.