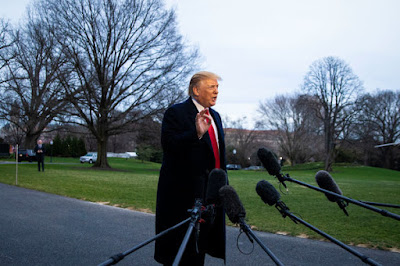 There is much about President Trump that I dislike and find objectionable. I do not approve of his personal conduct, morals, policy positions, or his attempt to run the nation with his Twitter account. I think that his demonstrable commitment to both personal greed and personal aggrandizement is deplorable (to use a word I learned from Hillary Clinton). I particularly object to his transfer of the nation's natural resource assets to the giant corporations, and his efforts to increase economic inequality, benefitting the already-rich, which I think poses an existential challenge to American democracy.

Despite my objections to the president, and to how he has acted while in office, I have never much believed that the Mueller investigation would uncover significant evidence of any direct collusion between the president, or his campaign, and Russia, with respect to Russian efforts to tilt the 2016 presidential election in Trump's favor.

Caitlin Johnstone, "Rogue Journalist," was right about this from the very start. As she warned, those who hyped this possibility were setting themselves up, and setting us all up, for what has now occurred, a "vindication" of the president, making it harder, not easier, to get the voters to focus on his personal deficiencies and misguided policies, and to replace him with a more worthy successor. As author Kurt Vonnegut says, "so it goes."

Vonnegut uses that phrase whenever somebody or something dies in his wonderful book, Slaughterhouse-Five, and I am hoping that the idea that there is some "judicial" or "impeachment" remedy for our Trump affliction is now understood to be "dead," as a political way forward.

We "live in a political world." Those who object to Trump and his policies must beat him politically. That won't be easy, but it certainly ought to be possible. This is the guy who has given a super tax break to the upper income brackets, has given away our wilderness and coastal areas to the oil companies, who scoffs at the global warming crisis that is threatening human civilization, who wants to turn space into an American arena of global military domination, and who wants to reverse the small but significant progress that we have achieved, during the previous administration, in providing better and more affordable health care for all Americans.

Plus, of course, the guy is personally obnoxious and manifests a host of mental health symptoms best read about in the DSM!

I wouldn't make a big deal about all those personal characteristics, actually. Getting into a pissing match with a skunk (whoever said it first said it right) is not the way to end up "smelling like a rose."