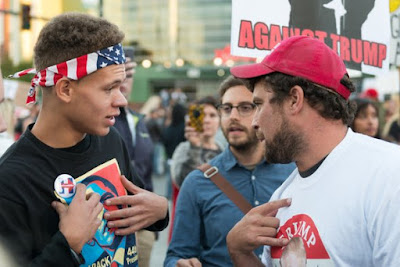 Scientific American used to be a magazine that focused, for the most part, on the physical sciences. Now, it its online version, the magazine is not shy about venturing into commentaries that have their provenance in the social sciences. Take, for instance, a recent article by Dana G. Smith, titled, "The Wisdom of Crowds Requires the Political Left and Right to Work Together." The article makes a "scientific" case that when persons with opposing political views are forced to cooperate, to achieve a result, the result is better than the result that would be produced by either side alone.

I teach my legal studies students at UCSC that there is a type of "equation" that gets us to good government:

It is the American idea of government that we should be governed by a "rule of law," and as John Adams put it, we must have "a government of laws, not men."

Law gets the central position in this idea of how government should function, and the origins of law are, always, "political." As I like to point out, in the title of this blog, "we live in a political world."

The fact is, "politics" is all about conflict and controversy, division and debate. When we don't have that as the foundation for our lawmaking, good government is undermined. The principle that Smith's article articulates, based on rigorous social science observation, is related to this fundamental fact about our human situation: there is such a thing as "truth," but no one ever really gets the whole picture. We all get a piece of it. No one can claim full knowledge. Contention and debate, the essence of politics, is how we get closest to the truth, and how we build a better world!