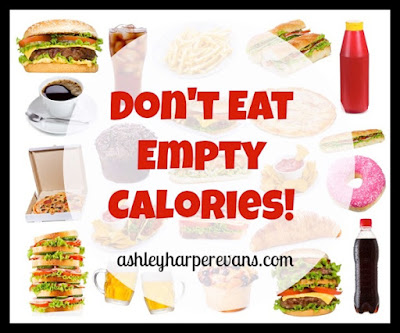 Yesterday, I spoke out against what I consider to be a kind of "empty calorie" politics, which has increasingly occupied the field of "real" politics like an invasive weed moving into a field of native plants, driving out genuine political discourse and political involvement.

It wasn't until I got to the end of my blog posting yesterday that I thought of the "empty calories" analogy. I plopped that idea right into the end of the posting, reflecting the point at which I had that idea, instead of rewriting the whole posting to feature this insight, which I might well have done. I do think that identifying some political behavior as "empty calorie politics" is a pretty good way to describe a dangerous political affliction. Thus, I decided to feature this warning about "empty calorie politics" in today's blog entry.

Actually, my purpose in today's posting is to refer you to an article that appeared in the March 2, 2019, edition of The New York Times. That article, linked right here, is titled, "Ruffling Feathers in a Global Conversation on Income." Of course, that is the title I read in the hard copy edition. Online, the article is titled, "He Took Down the Elite at Davos. Then He Came for Fox News." The "he" spoken of is Rutger Bregman, a Dutch historian, who is pictured below.

As I say, getting an idea of what Bregman has to say about income inequality and utopian politics is highly recommended. I also note that Bregman seems concerned about what I am calling out as "empty calorie politics." Bregman doesn't use that phrase. Here is what he says about the political controversies in which he has, I gather, become involved:

Real politics can be entertaining, but I want to suggest that when politics becomes nothing more than "entertainment" we are definitely in "empty calorie" territory. The politics associated with any genuine form of democratic self-government is not an "entertainment."

It's not something you "watch" or "look at."

It's something you do!