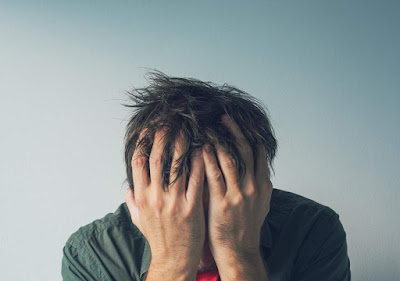 I started thinking about shame as a significant factor in politics as I read a column by Alissa Quart, writing in the January 6, 2019, edition of The New York Times. Quart's article was titled, "Middle-Class Shame Will Decide Where America Is Headed." I definitely recommend that you read Quart's article, which is not that long, but if you are reluctant to click on through to the original, you can get the flavor of Quart's argument from this brief quotation:

Between refrains about the cost of living and remarks like “I can’t get the kids to college,” participants made statements that conveyed their deeply held belief that not making it meant they were not working hard enough.

“They have imbibed this idea that your economic well-being is traceable principally to your own efforts,” Ms. Shenker-Osorio said.

As a result, what the electorate doesn’t need to hear are Horatio Alger stories of how candidates worked their way up from humble origins, with the implied moral that anyone can make it in America with enough hard work. These kinds of tales can insidiously lead middle-class people today to blame themselves more for not flourishing.

In other words, according to Quart, the kind of shame that is going to be a factor in the 2020 elections is largely the shame of disapointed expectations, and the problem is that many voters blame themselves for their failure to achieve as much as they thought they could. They see the issues, in other words, in individual terms.

If we thought less individualistically, we would almost automatically understand that our disappointments must be addressed collectively - in other words, through politics. That would mean that our political arguments, to be successful, would have to be based on proposals for joint action that would make things right. We would not be indulging in the politics of personality, but in the putting forth of positive programs in which we, together, could achieve our expectations.

It will be a shame if our politics, in the next election cycle, plays out in any other way!