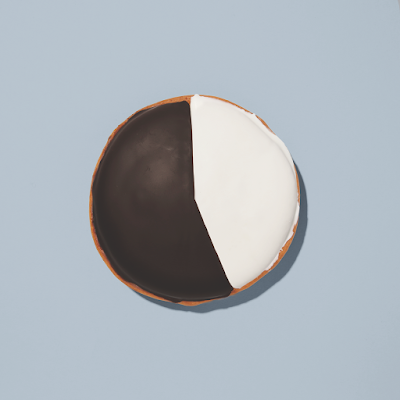 On January 27, 2019, The New York Times Magazine carried a "First Words" column by Wesley Morris, an American journalist, film critic and podcast host. The hard copy version of the column bore the title, "Fair Share." Online, the title is, "Is Being a ‘Minority’ Really Just a Matter of Numbers?"

The column rehearsed various ways it might be appropriate to react to the question posed by that online title, and the first line in Morris' column is the statement that I am using for the title of this blog post: "Classifying things is tricky." Talking about "minority" and "majority" populations, as Morris shows, is "tricky," indeed.

Lots of people are talking about our contemporary political situation as being about "identity politics." That kind of politics is based on how we "classify" various different groups of people. Here is how Merriam-Webster defines the term:


That "without regard..." language sounds kind of selfish. Maybe even dangerous. The Guardian, for instance, is saying that "identity politics" really means "political tribalism," and is helping to take our politics "from inclusion to division."

Trying to organize our political life around classifications based on ethnic, gender, national origin, and similar group identities does get pretty tricky, and a politics so organized might make it very difficult for us to achieve what Martin Luther King, Jr. was talking about in his famous "I Have a Dream" speech during the 1963 March on Washington:

I have a dream that my four little children will one day live in a nation where they will not be judged by the color of their skin, but by the content of their character.

Formally speaking, our "identities," however defined and classified, do not have anything to do with our political rights and responsibilities, since our political system is based on a statement that it is "self-evident" that all persons are created equal.

My view? Let's stick with that. In fact, let's insist on that!