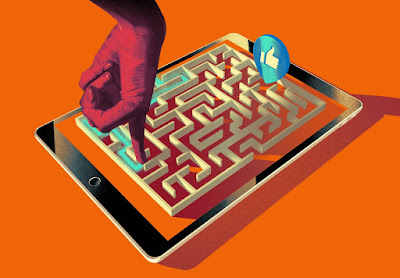 Of all the buzzwords in tech, perhaps none has been deployed with as much philosophical conviction as “frictionless.” Over the past decade or so, eliminating “friction” — the name given to any quality that makes a product more difficult or time-consuming to use — has become an obsession of the tech industry, accepted as gospel by many of the world’s largest companies.

The above quote, from an article by Kevin Roose, appearing in the December 12, 2018, edition of The New York Times, suggests that slowing down might actually be better! Delayed gratification instead of the internet equivalent of the "zipless fuck" made legendary by Erica Jong.

Do you think we could convince our president that a little more "friction" might be good before he sends out that next Tweet?