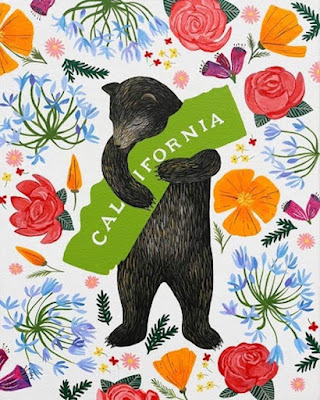 The colorful illustration above showed up on the Internet recently, and I felt drawn to it immediately. I am passing it along.

Though I was never an actual member of the fraternal organization, I can recall describing myself to people, many times, as a "Native Son of the Golden West." I think my mother first used that phrase to describe me. To me, that meant only that I was born in California (a requirement for official membership in the organization). I just repeated the phrase as a way to indicate my commitment to, and my genuine love for the state. I have exactly the kind of spontaneous affection for California that the Yosemite Black Bear is demonstrating in this drawing.

It is the entire state for which I have such feelings. While I was born in San Francisco, I spent my young years on the Peninsula, and have lived in Santa Cruz County since 1961. I have gotten around to other places, though. Right below is a picture published yesterday, showing me walking with then-Governor Arnold Schwarzenegger on the Tejon Ranch. The Planning and Conservation League, of which I was then the Executive Director, worked with other environmental groups to provide permanant protection to an extraordinary property. The preserved part of the Tejon Ranch is almost exactly the same size as the entirety of Santa Cruz County, and it will be retained in its natural state forever. 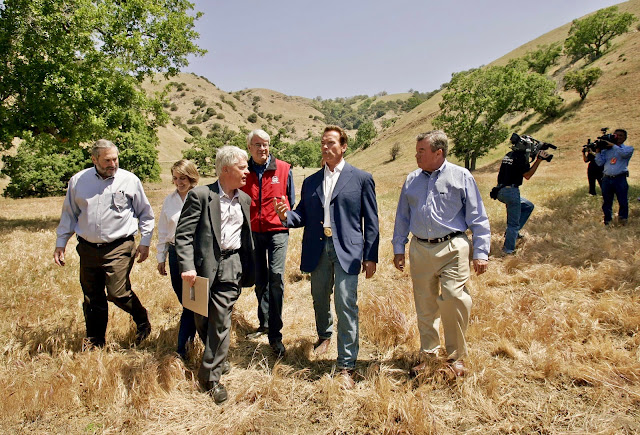 I am swiftly approaching one of those "significant" birthdays, which is probably one reason this drawing with the bear attracted my attention. I still have all that affection for California, but like the bear (as least as I see this drawing) I am feeling tender about the state of the state. I am not very happy about everything that has gone on in our great state since 1943, which is the year I showed up on the scene, in San Francisco.

Below, I am furnishing a couple of pictures of San Francisco in 1943, published in Life magazine. You can click this link to see a lot more of them. I used to read Life magazine every week, when its big format pages showed up in our mailbox. It's a little hard for me to accept that Life is no longer with us, though I do like my iPhone, too. There is no doubt that life, itself, if not the magazine, goes on!

Amazingly enough, with a picture from Life providing the proof, horse-drawn wagons were still being used in San Francisco in the year I was born. I wouldn't have guessed that. A lot happens in a lifetime! Looking back (and looking around), I am affectionately grateful (just like that bear) for having been able to live my life in California, for all these many years. 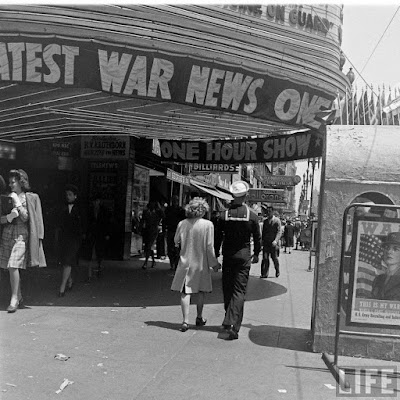 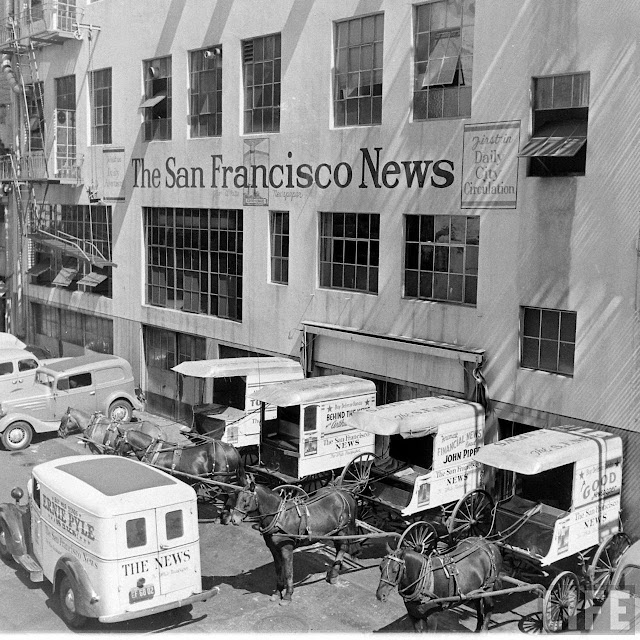