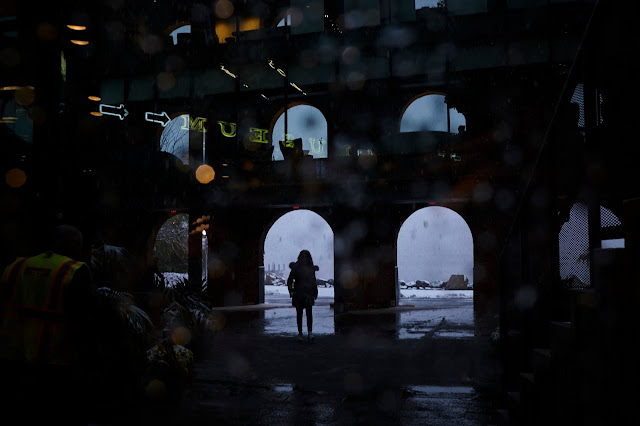 Arthur C. Brooks is President of the American Enterprise Institute. In a recent column in The New York Times, Brooks endorses the views of Senator Ben Sasse, Republican of Nebraska:


Mr. Sasse argues that “loneliness is killing us,” citing, among other things, the skyrocketing rates of suicide and overdose deaths in America. This year, 45,000 Americans will take their lives, and more than 70,000 will die from drug overdoses. Mr. Sasse’s assertion that loneliness is killing us takes on even darker significance in the wake of the mail-bomb campaign against critics of President Trump and the massacre at the Tree of Life synagogue in Pittsburgh, both of which were perpetrated by isolated — and apparently very lonely — men. Mr. Sasse ... believes lonely people increasingly turn to angry politics.

Brooks asks, "Why are we becoming so lonely?" "One reason," he says, is "the changing nature of work. Work is one of the key sources of friendship and community. Think of your own relationships; surely many of your closest friendships — perhaps even your relationship with your spouse — started in the workplace. Yet the reality of the workplace is rapidly attenuating, as people hop from job to job, and from city to city, as steady work becomes harder to find and the 'gig' economy grows."

Let me suggest that the changing nature of "politics" is another reason for our real and perceived loneliness. If it is correct that we can fully realize ourselves only in community, and I agree with Brooks that this is true, then we need to admit that our community is, ultimately, a "political" reality. That is the American idea, at least. We are a people that believes in "self-government," a government that is both "of" and "by" the people, and not just "for" them. Politics is so important to us because while we are all "individuals," we are more than mere individuals; we are "together in this life." We can only feel secure and supported when we know ourselves to be part of a political reality that truly does connect us. Increasingly, our politics does not provide this reassurance.

Individual dangers come from a feeling of radical isolation and loneliness. Drug abuse and suicide top the list that Brooks provides. Hannah Arendt points out what comes from "political" loneliness:  despotic governments and totalitarianism.

It is becoming ever clearer to me that we will either reinvest, personally, in the politics of "participatory democracy" or we are going to be committing suicide at the collective level, and not just at the individual level.