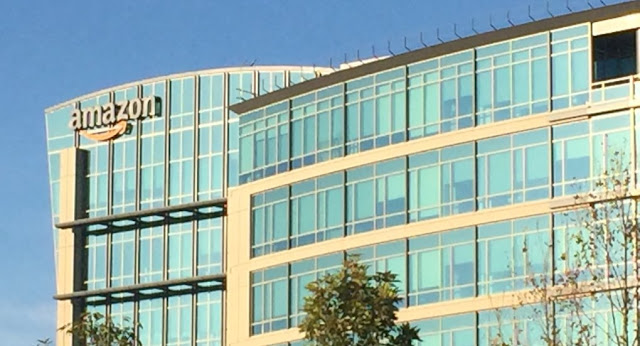 The headline on a recent article in The Mercury News proclaimed, "Bay Area tops U.S. in new office space, but lags in housing starts." How much lag? Well, according to the article, "the region created six times as many jobs as housing units between 2010 and 2015, according to a study by the leadership group and the Silicon Valley Community Foundation." SIX TIMES!

My home town, Santa Cruz, is experiencing the impacts of this disporportionate creation of jobs over housing. The "jobs housing balance" is not "balanced" at all. Furthermore, the state has redesigned its High-Speed Rail project, which was supposed to tie San Francisco (and ultimately Sacramento) with Los Angeles (and ultimately San Diego), providing a high-speed modern alternative to the airplane, and reducing traffic congestion on the state's highways. Now, the High-Speed Rail Authority is touting HSR as the way to provide a commuting train for Silicon Valley workers, who will occupy what is now prime farmland in the Central Valley, turned into lower-cost (though probably not truly "affordable") subdivisions to serve the job-creating vortex spinning wildly out of control in the Bay Area. The train idea is just taking the "Google Bus" phenomenon one step further. Huge public subsidies would be necessary. This is not the way we should be "Linked In."

Let's think about public subsidies for a moment. If business activity has an impact (for instance, by its discharge of toxic waste products) we have long understood that governmental regulations are needed, to make the giant corporations "internalize" their adverse public and environmental impacts, rather than saving money by "externalizing" their impacts, thus making the public pay for dealing with them. Whether we have always done a good job of making this happen is debatable, to put the best face on it, but the principle is well understood.

I would like to suggest that we start trying to make the giant, high-tech companies of the Silicon Valley start "internalizing" the housing impacts they are causing, instead of continuing to expect the public to to do that on behalf of the multi-billion-dollar companies that are causing the damage.

Actually, this could be rather easily done. The large, high-tech employers like Google and Facebook could be taxed, on a per employee basis, to offset their impacts on the communities where their workers are housed. The money could be used in those impacted communities for truly affordable housing. In addition, before new office developments are approved, the housing and traffic impacts that they would cause could be mitigated with new housing and transportation improvements that would eliminate or reduce those impacts, with such mitigations put in place concurrenlty with, or before, the new office construction proceeds.

This is a pretty radical idea, right? Not in principle it isn't! The idea of making businesses "internalize" the impacts of their activities only seems "radical" to those who are making billions while their companies export the adverse impact of their burgeoning businesses to hapless communities like my own.