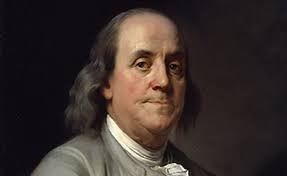 These days it’s popular to lament that immigrants are destroying America’s national identity, but maybe we’re getting it backward. When the Woodrow Wilson National Fellowship Foundation recently put questions from the U.S. Citizenship Test to American citizens, only one in three could pass the multiple choice test.


It’s embarrassing. According to the foundation, only 13% of Americans knew when the Constitution was ratified, and 60% didn’t know which countries the United States fought in World War II. Most couldn’t correctly identify the 13 original colonies, which at least is something of a teaser. But only 24% could identify something that Ben Franklin was famous for, and 37% thought it was for inventing the light bulb.


Even with a highly contested Supreme Court nomination in play in the Senate, [at the time the survey was taken], 57% of Americans couldn’t say how many Justices are on the Court. Older Americans did much better than younger Americans—only 19% of the under-45 crowd passed—which probably reflects the declining state of American public schools. None of this augurs well for the future of self-government.


We’ve always thought it important that immigrants must pass a test on the basics of American history and civics before they can be sworn in as citizens. Immigrants who are motivated to become citizens will take the time to learn. The real threat to American freedom is the failure of current citizens to learn even the most basic facts about U.S. history and government.

The statement above is a brief editorial copied from The Wall Street Journal, which ran this statement in its October 4, 2018 edition. I agree that the facts presented do not "augur well" for the future of democratic self-government in the United States.

During the Vietnam War, patriotic Americans, opposed to what the governent was then doing, participated in "teach ins" all around the country, which made clear to all those who participated what the involvement of the United States in that conflict was really all about. Between now and 2020, when voters in the United States are either going to ratify or reject the kind of government now prevailing under the Trump Administration, it might be well to reinaugurate a movement of nationwide "teach ins," to make us realize how just how wonderfully precious our political legacy really is.

If "immigrants" get it, and "natives" don't, it's time for all of us to reacquint ourselves with the three fundamental documents listed below. In them, I contend, is the entirety of what our system of democratic self-government is all about:

Everything we need to know about democratic self-government is found right there. It's time for us to refresh our recollection!