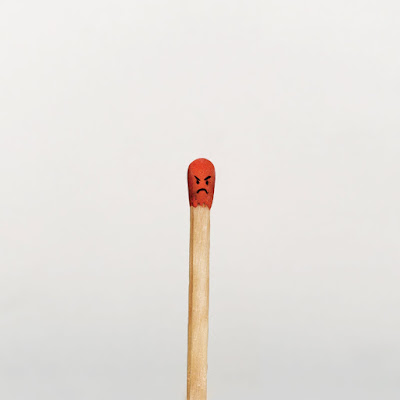 ZZ Packer has written an excellent "First Words" column for The New York Times Magazine. Her column is titled, "Boiling Over," and in it, Packer strongly suggests the practice of "news celibacy." By that she means that we need to "set limits" on our addictive dependency on the news. If you don't do that, she warns, "you'll find yourself distracted by alert notifications, or looking up the history of Qatar, or wondering if the name Avenatti appears anywhere in Dante's The Divine Comedy."

As someone who reads five newspapers each morning, reads the local weekly newspapers,  reviews the ten or so magazins I subscribe to, and pays attention to the hundreds of email alerts I get each day, I  know whereof she speaks!

Packer's main concern, however, is not that we are overwhelmed by cascading information, but that our fanatic fascination with "the news" has made us overly susceptible to "outrage," the reaction that is routinely suggested to us, as the news is delivered.

It is true that I am often invited to be "outraged," and by things that shouldn't really prompt such a response. I like to think that I am pretty good at resisting this temptation, because even more than a habit of hypertrophic newsreading, feeding oneself with invitations to outrage is demonstrably damaging to the kind of civil discussion and thoughtful actions that we need to rely on, as citizens in a democracy.

So, even in the face of the insults and and provocations perpetrated upon us by our president, let's eschew "outrage." That's good advice.

That said, I still need to find a way to that "news celibacy" Packer is talking about!