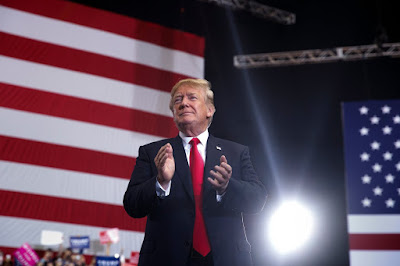 I probably should have titled this blog posting, "Pardon Me? II." On June 3rd, I commented on President Trump's pardon of right-wing political commentator Dinesh D'Souza, using the title, "Pardon Me?"

The New York Times has written extensively on the president's latest claims. Here is a quick index to some of its articles:

In view of the president's assertion that he is, literally, freed from all legal constraints by virtue of the fact that he is the president, it would be worthwhile for citizens of the United States to review the arguments. If the president were right (which, I guess, means if the Supreme Court didn't contrdict him, and if the Congress didn't do anything to assert its own authority), we would be living in a very different country from the one most of us have assumed we inhabit.

An opinion piece, also from The Times, takes on the president's claims quite forthrightly: "President Trump Thinks He Is a King."

Pardon me, folks, but whatever the president may think...

It may turn out, if Congress and the Supreme Court don't act, that we will all have to take action ourselves, as citizens, to prove the president's non-royal status. Americans have, as you will recall, been through that movie before!