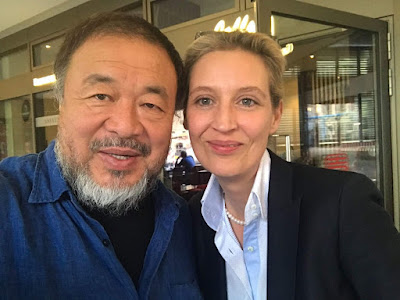 Here is Ai Weiwei, a Chinese artist known for his commitment to freedom and free speech. Who is that with him? Well, that is Dr. Alice Weidel. Weidel is a German politician who has served as Leader of Alternative for Germany (AfD) in the Bundestag and a Member of the Bundestag (MdB) since October 2017. For those not closely following German politics, the AfD is a "right-wing" party, espousing populist, anti-immigration, nationalistic, xenophobic, and homophobic positions.

Ai Weiwei was criticized for allowing himself to be photographed with Weidel. Here is his response:


"I don’t believe that differences in political views or values between people should act as a barrier in communication,” the artist said. “My efforts are in tearing down those boundaries. Alice Weidel is a democratically elected politician and has the right to freely express her political views. Although her views are completely the opposite of mine, no one has the right to judge her personal life.

“At the same time, no one has the right to judge who I choose to take a photograph with,” he added. “If you cannot tolerate free expression, your political views are even more terrifying.”

The idea that you should not even talk to someone with whom you have political disagreements (especially when those disagreements are significant) is just the opposite of what democracy requires.  Ai Weiwei got it right!

Those of us who live in Trumpland, or meet people from there, should remember the lesson!

Below, two pictures from the Ai Weiwei exhibition at Alcatraz, taken in March 2015. The exhibition celebrated political prisoners and prisoners of conscience: 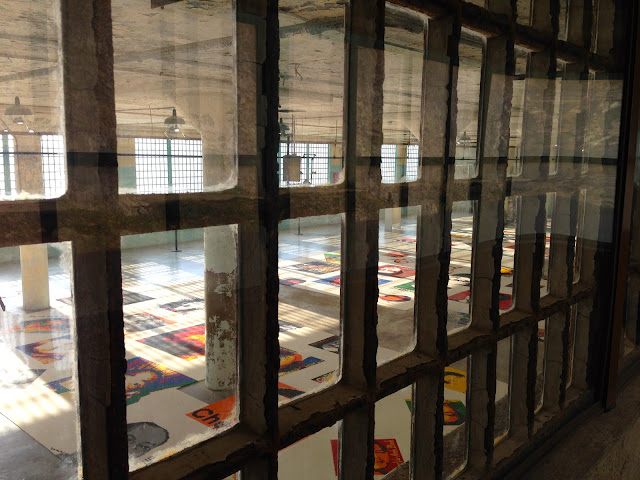 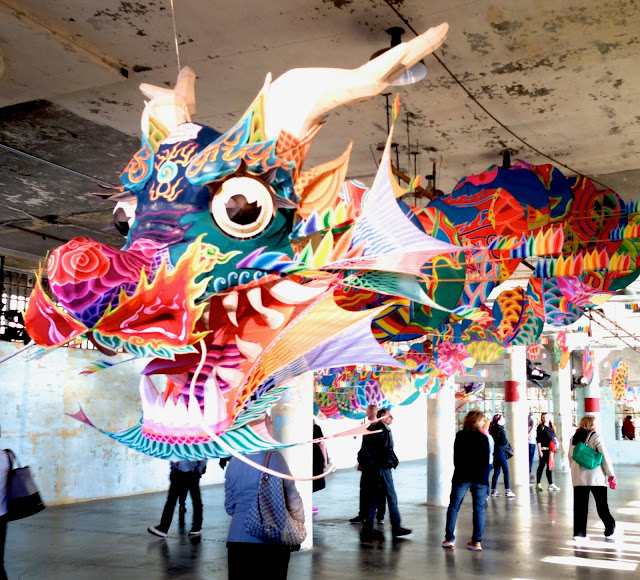