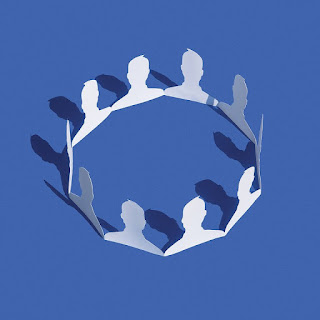 Carina Chocano is asking, "Can people form a real 'community' when someone else is making all the rules?" The question comes from Chocano's "First Words" column in The New York Times Magazine. The hard copy version of the column is titled, "Group Think."

Genuine community is the very opposite of such congregated categorical designations. "Community" includes everyone, across all the categories, and the key thing to realize about any community is the incredible diversity that is always present.

Finding a way to make collective decisions in a community characterized by diversity and difference is what a healthy politics is all about.