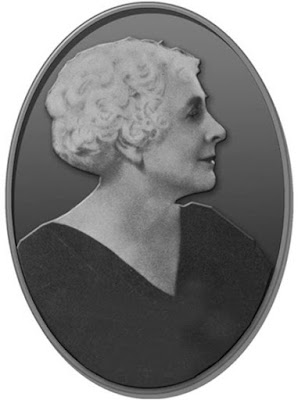 The editorial that appeared in the March 12, 2018, edition of The Nation was titled, "The Monopoly Menace." The whole issue was devoted to what monopoly is doing to us, and the magazine makes a very good case that our economy is ever more dominated by monopolies, and that we need to fight back. One comment that struck me as particularly astute was this one:

I was an undergraduate history major at Stanford University (built with monopoly money from the railroad empire of The Big Four - Stanford, Huntington, Hopkins, and Crocker). I read a lot of books about how the railroads not only took over our economy during the late 1800's, but how they essentially took over our government, too.

The "good news" from my long-ago reading (and I still remember it) is that the people did, ultimately, beat back the "Octopus"-like grip that the railroads had on our democracy. Not that we eliminated it entirely, of course! And the new monopolists are even more wily and determined than the railroads were.

In "The Empire of Everything," by Stacy Mitchell, The Nation gives Jeff Bezos, of Amazon, some special treatment, though Warren Buffet also gets a negative review. All the articles are worthwhile reading. 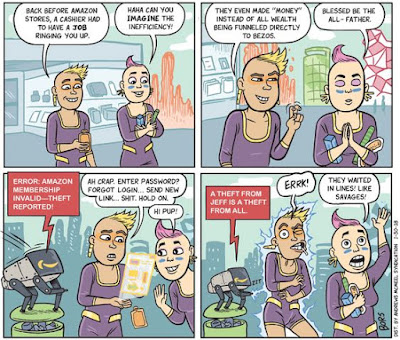 But who is the woman at the top of this blog posting, and what does she have to do with monopolies? Pictured is Elizabeth Magie, who invented the board game that later became Monopoly.

I hadn't heard this story before, but The Nation reports that:

Magie developed two sets of rules ... There is the one we know today: You play an aspiring real-estate tycoon, buying up properties to extract ever-larger sums from your opponents; you win when everyone else is destitute But in Magie's version, players could agree to switch midgame to a second rule book. Instead of paying rent to a landowner, they'd send funds to a common pot. The game would be over when the poorest player doubled their capital. Magie's goal was to show the cruelty of of monopoly power and the moral superiority of progressive taxation.

That "common pot" kind of thinking rather turns the tables on monopolies, and I think we are going to have to mandate just such a switch in the way the game is played.

Instead of letting all the wealth on the board migrate to the top, we need a rule book that makes sure that the wealth that we create in common ends us benefiting us all.

In other words, instead of letting monopolies menace us, we'd better start figuring out ways to menace the monopolies.

Remember, I actually studied this stuff in school, and I know we can do it. We did it once before!