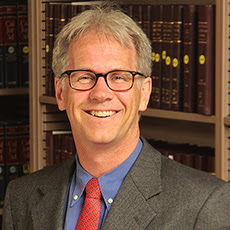 Tim Duane (pictured above) teaches a class on Environmental Law and Policy at the University of California, Santa Cruz. It is always a pleasure to visit Tim's class, and I unfailingly learn something new. Here is what I learned when I visited Tim's class on April 4th:

Those three letters, according to Tim, perfectly depict the way that public agencies, like the University of California, often make decisions that have profound environmental consequences:

I came to Tim's class to talk about the California Environmental Quality Act, or CEQA. That law is under constant attack by the developer types, who tend to think that the D.A.D. principle works just fine.

For those who think that there ought to be a whole lot of consultation and public comment, before the "Decide" part of that D.A.D. equation swings into place, CEQA is the answer. This year, as ever, CEQA is under attack in the California State Legislature, but as the textbook for Tim's course says, it really is important to "stop and think" before significant decisions get made. And to "think" about something, in any thorough way, you really do need to consult and discuss before you move to a decision.

So, just using UCSC as an example, the "decision" to increase student enrollment by 10,000 students, and to build a big housing project in the East Meadow, both having been "announced," need to be reconsidered, not "defended."

If you care about those proposals, pay attention to the CEQA process. Comments can still be made on that East Meadow housing project. Just click this link for more information. The CEQA comment period closes on May 11th.