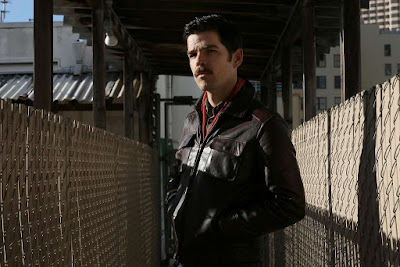 The title on this blog posting is the title of a book, The Line Becomes A River, by Francisco Cantú. Cantú, who is pictured above, is a third-generation Mexican American who lives in Tucson, Arizona. He worked as a US border patrol agent between 2008 and 2012, and his book documents that experience.

According to an article that appeared in the San Francisco Chronicle on Saturday, February 24, 2018 (accompanied by a column by Caille Millner), protesters shouted Cantú down at a February 19, 2018, book reading at Green Apple Books, in San Francisco. Their disruptive interference with his presentation in San Francisco convinced Cantú to cancel an event scheduled for the next day, at East Bay Booksellers in Oakland. The protestors were objecting to the Border Patrol, and to what it does and how it does it, and their demonstration against Cantú was apparently based on the charge that Cantú has been "profiting from others' suffering." The protest was not based on what Cantú says in the book, which does not appear to be a defense of the Border Patrol. According to the article in the Chronicle, some of the protesters said, "they hadn’t read the book, nor did they intend to read it."

I am increasingly nervous about the use of protests and civil disturbances to shut down public discussion about contentious issues. I am all the more disturbed when those shutting down such discussions are persons with whom I am in sympathy, on the merits of the issues. I hate racism, but am not comfortable with preventing persons who advance racist ideas to speak. I am in favor of strong controls over guns, but think gun advocates should be able to make their pitch. I am disgusted by current attacks on immigrants, spearheaded by our President, and I, like the Green Apple protesters, greatly dislike much of what I know about the Border Patrol. A book like Cantú's, though, could help change things, not hinder change - at least so I tend to think.

The Wall Street Journal reviewed The Line Becomes A River in its February 24-25, 2018, edition. That review quoted Cantú's final passage in the book, beautiful in what it describes, and evocative, I think, of the kind of human world we need to create, a world in which differences are both recognized and disappear:

In a final passage, [Cantú] lowers himself into the gentle current of the Rio Grande in Boquillas Canyon, at the tranquil and majestic Big Bend National Park, and swims alone back and forth between the two countries. “I stood to walk along the adjacent shorelines, crossing the river time and again as each bank came to an end, until finally, for one brief moment, I forgot in which country I stood. All around me the landscape trembled and breathed as one.”

The line must become the river, once again. 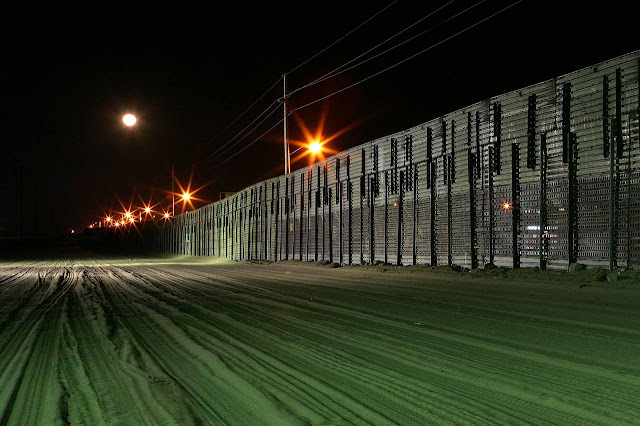