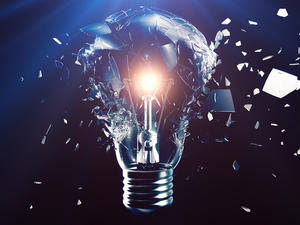 I follow new technologies pretty closely, both as a user, and as someone who has an academic interest. I teach a course entitled, "Privacy, Technology, And Freedom," which is the "Capstone" thesis course in the Legal Studies Program at the University of California, Santa Cruz. That means I had better know what sort of new technologies are out there, and the opportunities and dangers these technologies may present to our social, economic, and political system.

Last month, I quickly clicked on an article with the following headline: "Disruption as a service: Where the tech industry will pounce in 2018."

Using the word "pounce" calls up an image of a tiger taking down its prey (and new technology does seem to appear in that guise, often enough). The article, however, was more sedate and studied than the headline. Featured were discussions of:

As it turned out, there was nothing earthshaking in this article, which appeared in a popular industry publication. I realized, when I thought about it, that what made me so quick to track down the article was the reference to the word "disruption" in the headline.

I don't really see "disruption" as a "service." Whether it is new chemicals we are talking about, or new "technologies," I believe that we would be wise to follow that "precautionary principle" I have talked about in this blog on more than one occasion. I was pleased to see, in an Op-Ed appearing in today's San Jose Mercury News, that some business people agree, with respect to the business impacts of "disruption" as a goal.

Living organisms always aim for a steady state, or "homeostasis," to use a medical term. Departures from such "steady state" approach put life itself at risk. Unbridled "growth," for instance, is a case in point.

While "mutations" sometimes provide some positive gains for a species, most mutations do not. Aiming for "mutation" and "disruption," whether biologically, or socially, economically, and politically, is more "danger" than "opportunity."