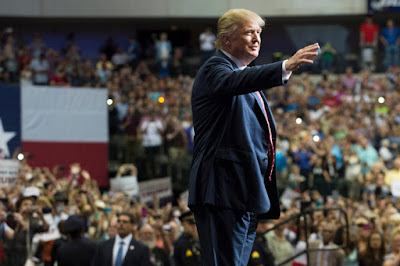 Former United States Senator Jeff Bingaman was a classmate of mine at Stanford Law School. Jeff retired in 2013, after representing the State of New Mexico in the Senate for thirty years. Recently, Jeff talked about politics with Stanford Law School Professor Pamela S. Karlan. His observations, as published in The Stanford Lawyer, are well worth reading. Click the link to be redirected to a transcript of Jeff's conversation with Professor Karlan.

I sat through the impeachment effort and the trial regarding President Clinton and became convinced at that time that high crimes and misdemeanors is a high bar and you’ve got a high bar to jump in order to prove that a president committed a high crime and misdemeanor, as contemplated by the Founders. I think that’s still the case. Obviously, if something outrageous and illegal surfaces as part of one of the ongoing investigations, then that may change things very dramatically but, absent that, the people of the country chose Donald J. Trump as president and we’re going to have him as president for four years. That’s my perception.

One person who commented on my Facebook posting suggested that, "America will not survive all 4 years of Trump." That is not a unique thought. Many people are thinking the same, and are trying to figure out a way to survive four years.  I sympathize with the feeling!

On the other hand, I think we are underestimating our ability to "resist," and to endure, and to survive. I end up coming down with William Faulkner, and what he said in his famous Nobel Prize Speech. That recent movie about Winston Churchill, The Darkest Hour, is to the same effect.

Sticking with Faulkner, here is the wisdom to which I repair, when faced with any challenge, including a potentially life-ending catastrophe like President Trump:

I decline to accept the end of man. It is easy enough to say that man is immortal simply because he will endure; that when the last ding-dong of doom has clanged and faded from the last worthless rock hanging tideless in the last red and dying evening, that even then there will still be one more sound: that of his puny inexhaustible voice, still talking. I refuse to accept this. I believe that man will not merely endure: he will prevail...


Let's not forget these words!

Of course, we won't "prevail" by waiting around to see what happens. We're going to have to prevail by taking action ourselves.