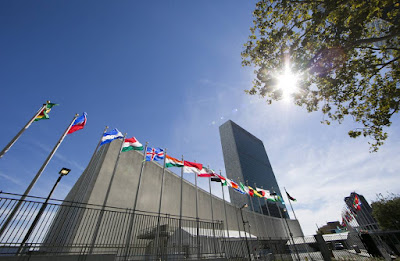 The November 16, 2017, edition of The Wall Street Journal had an article that really caught my attention. I am sharing it here, in its entirety:

An Australian diplomat accidentally fell five stories to his death from a Manhattan building terrace early Wednesday morning after playing the “trust game,” according to a law-enforcement official familiar with the investigation.

New York City police found Julian Simpson, the 30-year-old second secretary to the United Nations for Australia, dead at 1:15 a.m. on the second floor terrace of the apartment building on Clinton Street near East Houston street, the official said.

Police interviewed Mr. Simpson’s wife and friends to gain details on what happened before the fall, the official said.

After going out for dinner and drinks, the group returned to the apartment building terrace for more drinks and to view the Empire State Building, the official said. The building lighted up in rainbow colors on Tuesday night to celebrate Australia’s vote to legalize same-sex marriage.

Mr. Simpson then went to a higher roof landing with another woman in the friend group, the official said, “and decided to swing her around.”

When the group went back inside, the husband of that woman confronted Mr. Simpson, the official said.

“The intentions were never to scare or hurt your wife,” Mr. Simpson told the man, according to the official.

Mr. Simpson then told the man that he could prove his trustworthiness, the official said.

“Let’s play the trust game,” Mr. Simpson told the man, before they both went to the seventh floor terrace, the official said.

The official said the police were treating the incident as accidental. Every member of the group said they consumed alcohol during the night, the official said.

“The Department of Foreign Affairs and Trade is providing consular assistance to the family of an Australian diplomat who died in New York,” a spokeswoman for the department said. “The family has requested privacy at this time.”

I don't know how others might view this news story, but I am somewhat suspicious of how this all went down. The guy who died took someone else's wife and "swung her around." The husband of the woman who had been "swung" didn't like that. Maybe there was a little more to the "swinging around" than the reporter tells us? At any rate, with everyone drunk, the diplomat wife-swinger decides to trust his life to the offended husband. Whoops! What a shame! That poor diplomat just "fell through the arms" of the offended husband. Of course that offended husband could be "trusted," but he just wasn't quite "prepared."

As soon as I read that story I remembered the very good advice of Mr. Bob Dylan. It's a little life lesson for us all:

Well, you’re on your own, you always were
In a land of wolves and thieves
Don’t put your hope in ungodly man
Or be a slave to what somebody else believes

Trust yourself
And you won’t be disappointed when vain people let you down
Trust yourself
And look not for answers where no answers can be found
Don’t trust me to show you love
When my love may be only lust
If you want somebody you can trust, trust yourself