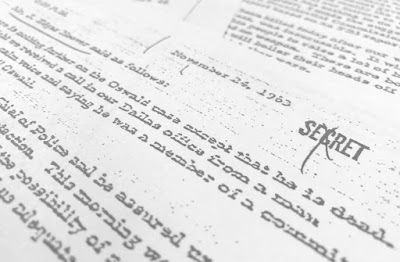 Donald Trump said he would release all the secret files on the Kennedy assassination. Then, when the time came to release them, he didn't do what he said.

Were you surprised by this reversal of position? Probably not! Most of us have noticed, by now, that the president often says one thing and then does quite the opposite.

In fact, most of us would probably agree that using the word "often" in that last sentence is actually a substantial understatement! It is also noteworthy that the president is known to say one thing, then say the opposite, and then go back to the first thing he said. On October 30th, The Wall Street Journal carried an article indicating that the release of the files was "back on track."

When I read an article on October 27th that said that the president had decided to renege on his earlier promise to release the files, I was struck by how the president expressed himself. Here is how the Associated Press reported on the story:

Just before the release Thursday, Trump wrote in a memorandum that he had "no choice" but to agree to requests from the CIA and FBI to keep thousands of documents secret...

Just to be clear, Mr. President, we always "have a choice" about whether to do something, or not. And a government that refuses to let the public know what it's doing (or what it has done) is making a choice that diminishes our power as citizens.