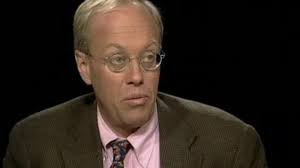 Chris Hedges (pictured above) authored the essay mentioned in my blog posting yesterday. He conveys a rather daunting message:

The American empire is coming to an end. The U.S. economy is being drained by wars in the Middle East and vast military expansion around the globe. It is burdened by growing deficits, along with the devastating effects of deindustrialization and global trade agreements. Our democracy has been captured and destroyed by corporations that steadily demand more tax cuts, more deregulation and impunity from prosecution for massive acts of financial fraud, all the while looting trillions from the U.S. treasury in the form of bailouts. The nation has lost the power and respect needed to induce allies in Europe, Latin America, Asia and Africa to do its bidding. Add to this the mounting destruction caused by climate change and you have a recipe for an emerging dystopia. Overseeing this descent at the highest levels of the federal and state governments is a motley collection of imbeciles, con artists, thieves, opportunists and warmongering generals. And to be clear, I am speaking about Democrats, too.

I can't say I disagree with Hedges' analysis. How about you? Is the American Empire "coming to an end?" If it is, and I have already said that I personally think that Hedges' analysis is on target, here is question number two: Would that actually be a bad thing?

The cartoon that headed up my blog posting yesterday has Uncle Sam, in the guise of a homeless person, holding up a sign that says, "Will Destroy The World For Money." To the extent that this is what the American Empire does (and there are some pretty good arguments that this is an accurate description), it would be hard to mourn that "End of Empire."

So, here is question number three: Is Hedges offering a "prediction" or a "prophecy?" In other words, is Hedges claiming to outline what must and will happen - as "predictions" do - or is he providing us a warning about what could happen? If the latter, that would make Hedges' essay a "prophecy," at least in the way I draw a distinction between these two different words that both relate to a forecast of the future.

It is probably relevant that Hedges is a Presbyterian minister. He must certainly know about those prophets in the Bible. Those Biblical prophets typically forecasted doom, unless the people repented. Generally, as I'm recalling the Bible stories, the people didn't repent, and the projected doom arrived,  in spades!

After the listing reproduced above, here is what Hedges says about the coming of the End of Empire:

Short of a sudden and widespread popular revolt, which does not seem likely, the death spiral appears unstoppable, meaning the United States as we know it will no longer exist within a decade or, at most, two. The global vacuum we leave behind will be filled by China, already establishing itself as an economic and military juggernaut, or perhaps there will be a multipolar world carved up among Russia, China, India, Brazil, Turkey, South Africa and a few other states. Or maybe the void will be filled, as the historian Alfred W. McCoy writes in his book “In the Shadows of the American Century: The Rise and Decline of US Global Power,” by “a coalition of transnational corporations, multilateral military forces like NATO, and an international financial leadership self-selected at Davos and Bilderberg” that will “forge a supranational nexus to supersede any nation or empire.”

That introductory phrase ("short of...."), which is in the nature of a call to repent, tells me that Hedges  is speaking in the prophetic tradition. Bad things will happen, and our doom will come, unless we do something now.

Hedges calls that "something" that we might do a "popular revolt." I call it a "revolution."

The changes we need don't have to be violent. In fact, to be truly an avenue to change, they can't be, because violence has permeated everything we do, today, and it will be "the revolution" when we eschew violence for a nonviolent future.

Is that possible? You bet it is!

It's not "inevitable," though.

The future is never "inevitable," because human beings are possessed of the gift of freedom, and can always inaugurate something completely new, and create a "New Order In The World," a Novus Ordo Seclorum.

Hey, we did that once before, remember? 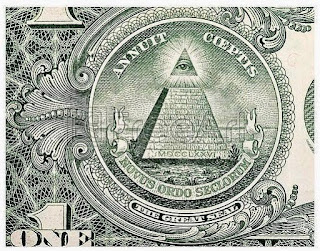