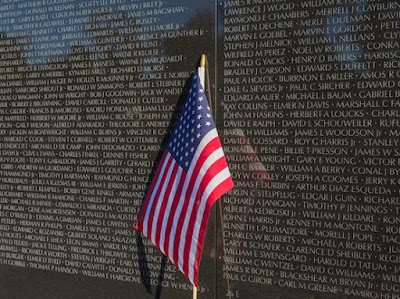 Rod Dreher, a self-declared "American Conservative," was profiled in The New Yorker in May, 2017. That is when I became aware of Dreher's blog, which is apparently followed by something like 200,000 people.

On September 20th, Dreher posted a long reflection on the state of our present-day society, economy, and politics, with the following title: "This Crisis? It’s Nothing." I'll include an excerpt, below, so you can read some of Dreher's thoughts without having to track down the original. He ends up concluding that, "compared to 1968-73, today is a total cakewalk."

While I agree that the years from 1968 to 1973 were filled with all sorts of stresses and strife, I am not really willing to call our present situation a "total cakewalk." Read Dreher to make up your own mind.

Here's where I DO agree with Dreher: He says we are all too much consumed with the "present," and that we all need to "study history." He's right about that. That actually does help!

Imagine that the US was involved in a major overseas war in which over 11,000 American soldiers died in one year alone (1967). For a point of comparison, fewer than 7,000 US troops have been killed in Iraq and Afghanistan over the past 14 years of combat there.

Imagine that you might be drafted to go fight there.

Imagine what it would be like if you were convinced the war was profoundly immoral, and you had to choose between deserting the country and bearing arms in that war.

Imagine that many college campuses had become hotbeds not of snowflakey sit-ins, but of serious violence.

Imagine that domestic bombings by left-wing radicals had become a routine part of American life (e.g., five per day in an 18-month period in the early 1970s).

Imagine that two of the nation’s most prominent political leaders (MLK and RFK) Bobby were gunned down three months apart.

Imagine that your government and military were lying to Congress and to the American people about the war, and had been for years (as was revealed with the 1972 publication of the Pentagon Papers).

Imagine that major American cities were burning in race riots.

Imagine that cops in a major American city staged what was later called “a police riot” outside a political party’s national convention, and beat the hell out of protesters.

What’s harder to imagine is the historical context in which these shocking events were taking place ... The country in 1958 was relatively stable, settled, and buttoned-up. A decade later, it was ripping itself apart, and would continue to do so for years to come.

Americans at the start of that period trusted our institutions, including our government. To watch protesters in the street demolishing universities (figuratively, mostly, but not always) and in some cases carrying communist flags into protest — that had to have been a terrible shock to the system. The template for US involvement in war was still World War II, a “good” war; most people could not grasp that Vietnam was not that kind of war. (Indeed, the film keeps pointing out, importantly, that for most of the war, the American people were solidly behind it and the president; this was Nixon’s “silent majority”). Families were falling apart as the divorce rate soared skyward, beginning a steep rise that would not peak until the early 1980s. The churches were also crumbling. Drug use was going mainstream. Watching The Vietnam War, even as I felt within myself a growing revulsion to the war, and even rage at the US government officials prosecuting it, and sending those young men into that meat grinder, I also felt total disgust at the images of the blissed-out college student freaks. I can only imagine what ordinary conservative people like my folks must have thought from 1968-73, watching this play out on American streets ...

My point is that these radical changes were all taking place very quickly, in a society that was in no way prepared for them...

And Watergate was yet to come, as was stagflation.

The point is this: compared to 1968-73, today is a total cakewalk. This is not to minimize the very serious problems we face, politically and otherwise. In fact, some of the moral breakdown that seemed so traumatizing back then has been normalized by our society, such that we don’t feel the pain of fracture as Americans did back then. Still, you want to talk about an American hell? It was then. Watching The Vietnam War is like seeing the history of some other country, not our own. Yet it happened within my own lifetime. When my children are middle-aged, as I am today, they won’t have any films like this to watch about our own period of American life, because for all the corruption and decadence and foolishness afoot, it’s not like those horrible, horrible days.

This is why we should study history.