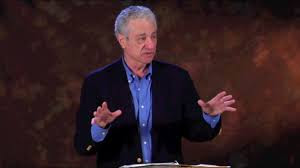 I have been writing this blog for a long time (since 2009, in fact), so it is not surprising that I have had a number of opportunities to comment on the thinking of Gar Alperovitz (pictured above).

Most recently, Alperovitz has written an article that suggests that it's about time to bring genuine "Economic Democracy" to the world of capital ownership. His message is not so much that the workers of the world should "unite and fight," but that they should unite and start owning the businesses, factories, and financial corporations in which they are employed.

Alperovitz calls it a "Commonwealth." He has been talking about it for a long time. Here is a reference to his most recent article:

Democratic Ownership and the Pluralist Commonwealth

As noted above, I have been referring to Alperovitz and his ideas since 2009. Here are a few of my previous blog postings. They're still worth reading:

What Then Must We Do?


"Commonwealth" is that "new word" that Alperovitz wants us to learn. His latest article provides one more lesson - and he remains hopeful!

Slowly, like an image emerging in a photographer's darkroom, the basis of a different economy is beginning to appear, ﬁrst in outline form, then perhaps with increasing pace over time, with more and more elements at all levels -- community, region, nation. It might be called a "Pluralist Commonwealth" in its bringing together of different forms of democratic ownership, from neighborhood to community to region and beyond. At its core is a vision of community, one made real by the forms of economic life it nourishes.

The late Margaret Thatcher, conservative Prime Minister of the UK, famously declared that "There Is No Alternative" to capitalism, and the acronym "TINA" became a way to stiﬂe new thought and action. What Youngstown, the myriad new experiments, the climate change and Black Lives Matter movements, and the Sanders revolution all suggest is precisely the opposite: there is an alternative -- or rather, there is a powerful and fast-developing process underway that offers promise, though surely not inevitability, of a new way forward. And the Youngstown idea of linking both workers and community in a much broader universalizing model is fast developing, not only in Cleveland, but in cities like Rochester, New York State, and Richmond, Virginia.