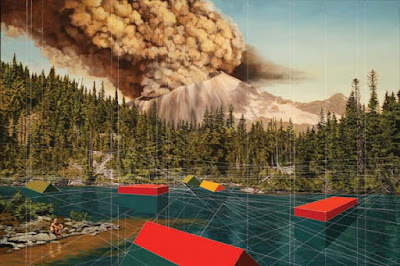 Jedediah Purdy is a professor of law at Duke University. In a recent article in Boston Review, Purdy states a premise and poses a question:

It is impossible to divorce nature from human influence. Can that influence be democratic?

In a previous iteration, this blog was titled, "Two Worlds," and I think Purdy's article, "The New Nature," should be read in the context of my "Two Worlds" idea. I am hoping, with Purdy, that our future interactions with the World of Nature can be "democratic" in their character. However, I am not so sure that I agree with Purdy's premise, that it is "impossible" to divorce nature from human influence.

As I am understanding Purdy, he is pretty much accepting the idea that we actually live in only "one" world, the human world, the "political" nature of which is implicit in the question he poses about nature and democracy. My hesitation about what Purdy says is found in his implicit suggestion that the World of Nature is, inevitably, subject to human domination.

I have no quarrel with the observation that the World of Nature is susceptible to human domination. In fact, increasing our human domination over the World of Nature has been, for a long time, what might be called the "human project." In my view, it is a project that is doomed to disaster (as the picture above, which headlines Purdy's article, more or less acknowledges).

Only when we admit to ourselves that we are radically dependent on the World of Nature, and when we attribute to that world the "sacred" status in which the World of Nature first presents itself to us, will we be able to establish (and I hope democratically) a right relationship to the Natural World.

That right relationship, the way I see it, will not mean that we find or create a "New Nature," but that we will create a new human reality, a human world in which we defer to the primacy of the world that we did not create, and upon which we must ultimately depend for everything we have and do.