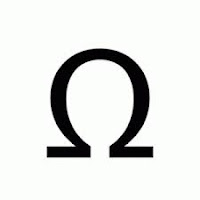 As an anti-war, anti-conscription activist during the 1960's, I was proud to be part of "The Resistance." I am happy to be part of current "resistance" efforts, too.

The symbol to the left (the letter Omega in the Greek alphabet) is one of the symbols that has traditionally been used to denote "electrical" resistance.

Those resisting the Vietnam War commandeered the symbol to designate "political" resistance, and current resistance efforts are making use of it again.

I would like to propose that those concerned about the direction that our government is taking should start thinking "positively." Being against bad things is good, but being in favor of good things is better.

Insistence and persistence are the way forward. Resistance is to prevent us falling back.

Elizabeth Warren's "persistence" is popular for a reason! 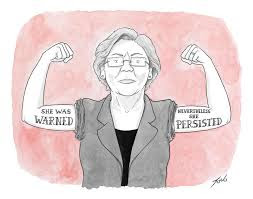