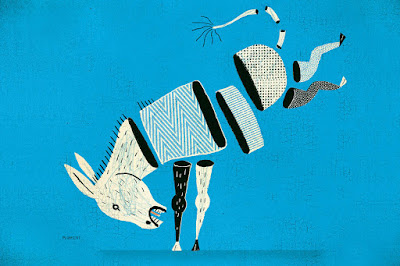 Mark Lilla, a professor of humanities at Columbia University, talks about "identity politics" in an article titled, "The Liberal Crack-Up." Lilla's article ran in the August 12-13, 2017 edition of The Wall Street Journal. An older article, "The End of Identity Liberalism," makes many of the same points; that article ran in The New York Times on November 18, 2016. The images I have included in this blog posting were taken from those two articles.

Lilla's point is that a successful politics, ultimately, cannot really be based on the various aspects of personal identity that divide us. "Politics" is a decision-making process that must focus on what we will do collectively. That's what politics is all about.

As individuals, we are all different, with different backgrounds, abilities, ideas, and interests, but our "political" objective must be to search for what Lilla calls "a unifying vision of the common good."

At least, we will need to search for such a unifying vision if we want to have a politics that succeeds in realizing our deepest hopes and aspirations, because we are not only individuals. We are all in this together, and we need to achieve a politics that is based on that truth.

The Wall Street Journal illustration shows the Democratic Party donkey flying apart, as "identity politics" destroys the party's ability to forge a common program. The image below, from The New York Times, suggests that our manifold different "identities" can all fit within a common frame! 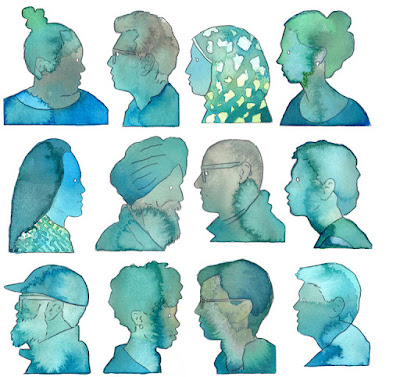