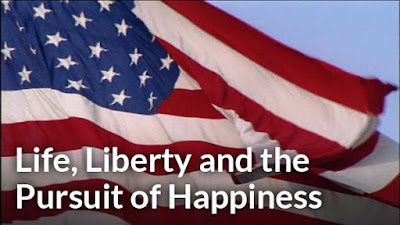 As outlined in my blog posting yesterday, I found 45 Ways To Fight Trump, a book by Markos Moulitsas and Michael Huttner, to be rather disturbing in its claim that we no longer live in a "legitimate democracy."

There is one thing in the book, though, that I thought was really nice. On Page 61, commenting on how "digital relationships are no substitute for the power of gathering people physically together," the authors quote an article in the September 2013 edition of Psychology Today:

Oxytocin - known as the "love hormone" because of its important role in the formation and maintenance of mother-child bonding and sexual attachments - is actually involved in a much broader range of social connections ... oxytocin released through any type of social connectivity triggered the release of serotonin. In a chain reaction, the serotonin then activated the "reward circuitry" of the nucleus accumbens resulting in a happy feeling....

In other words, political action, in a group setting, makes us "happy."

This is, in fact, something noted (without reference to hormones or brain chemistry) by Hannah Arendt, in her wonderful book, On Revolution. In Chapter Three of her book, Arendt illuminates the reason that our Declaration of Independence says that we are endowed with certain unalienable rights, and that among these are Life, Liberty, and the pursuit of Happiness.

It is Arendt's claim that those who brought our nation into being, through revolutionary political action, came to understand (again, without reference to hormones or any knowledge of brain chemistry) that we are "happy" when we are, together, engaging in the political actions that result in the creation of the world that we most immediately inhabit, that "political world" which is the product of our politics!