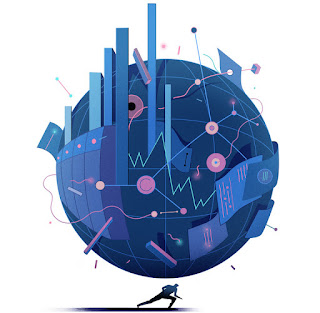 I have been writing, recently, about the problems caused by replacing human beings with machines. I am not the only one concerned. You can consult, for instance, a website that calls Artificial Intelligence "Today's Intrigue. Tomorrow's Terminator." Or, you can see what Kai-Fu Lee has to say. Kai-Fu Lee was formerly the first president of Google China, and is now the chairman and chief executive of Sinovation Ventures. Sinovation Ventures is a venture capital firm that invests in start-ups in China and the United States. Kai-Fu Lee is the president of its Artificial Intelligence Institute.

Bank tellers, customer service representatives, telemarketers, stock and bond traders, even paralegals and radiologists will gradually be replaced by such software. Over time this technology will come to control semiautonomous and autonomous hardware like self-driving cars and robots, displacing factory workers, construction workers, drivers, delivery workers and many others.

Unlike the Industrial Revolution and the computer revolution, the A.I. revolution is not taking certain jobs (artisans, personal assistants who use paper and typewriters) and replacing them with other jobs (assembly-line workers, personal assistants conversant with computers). Instead, it is poised to bring about a wide-scale decimation of jobs — mostly lower-paying jobs, but some higher-paying ones, too.

This transformation will result in enormous profits for the companies that develop A.I., as well as for the companies that adopt it. Imagine how much money a company like Uber would make if it used only robot drivers. Imagine the profits if Apple could manufacture its products without human labor. Imagine the gains to a loan company that could issue 30 million loans a year with virtually no human involvement. (As it happens, my venture capital firm has invested in just such a loan company.)

Kai-Fu Lee suggests that the way to deal with these impacts is to create what he calls “service jobs of love.” These are "jobs that A.I. cannot do, that society needs and that give people a sense of purpose. Examples include accompanying an older person to visit a doctor, mentoring at an orphanage and serving as a sponsor at Alcoholics Anonymous — or, potentially soon, Virtual Reality Anonymous (for those addicted to their parallel lives in computer-generated simulations). The volunteer service jobs of today, in other words, may turn into the real jobs of the future."

Kai-Fu Lee is proposing exactly the same idea that I have advanced, and I was happy to see that my idea has been validated by one of those "venture capitalist" types. I do want to say, though, that the "Masters of the Universe," which is how the high-tech, venture capitalist types tend to think of themselves, won't necessarily try to make this happen on their own. They are mostly content to "move fast and break things," and to think that their job is "disruption," pure and simple, and as an end in itself. After all, it works for them!

Politically speaking, if we want to create the "service jobs of love" that will be the real jobs we really need, we had better get organized politically.

I think it's going to be up to us.