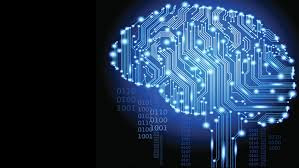 The May 28, 2017, edition of The New York Times carried an article titled, "Is China Outsmarting America in Artificial Intelligence?" The short answer, apparently, is "yes." Here is one of the lead off paragraphs in the article:

China’s ambitions mingle the most far-out sci-fi ideas with the needs of an authoritarian state: Philip K. Dick meets George Orwell. There are plans to use it to predict crimes, lend money, track people on the country’s ubiquitous closed-circuit cameras, alleviate traffic jams, create self-guided missiles and censor the internet.

Clicking the link about how AI will help China decide how best to "lend money" results in the following information:


Banks and other lenders typically look at borrowers’ credit histories, tax forms and other financial information to determine whether they will get paid back. In China, lenders also look at their bathrooms.

Those who think that authoritarian control, to make "the trains run on time," or to avert traffic jams, or to be sure that creditworthiness is demonstrated, before loans are made (perhaps by a review of people's bathroom habits), are sadly missing the main point of what it means to be a human being, and alive. What's missing from this AI picture of the well-managed society? "Freedom," basically, that human ability, in all places and at all times, to do something surprising, unexpected, and new.

Freedom is always "disorderly" and "unmanaged." Deciding that we will all be better off if we find ways to manipulate and manage human beings to eliminate the vagaries and "disorderliness" that inevitably accompanies action in any truly free society, is to mismanage our "intelligence" so that the very best thing about our intelligence, its enhancement of human freedom, is obliterated.

"Artificial intelligence," in other words, as presented in The Times article, at least, is very well-named. It is "fake" intelligence, actually, and we should be running the other way, as fast as we can.