#143 / We Don't Worship Government Either 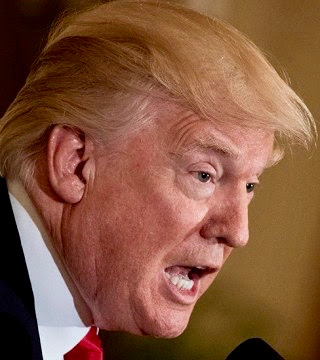 President Donald J. Trump spoke recently at this year's commencement exercises at Liberty University. Among other things, he said, "In America, we don't worship government; we worship God." Click that link if you'd like to see a video that shows him making those remarks. At Liberty University, those remarks were quite well received.

I have to give the president credit for being half right. In America, it is true that we don't "worship government." Worshipful deference to governmental officials (including the president) is the very opposite of what Americans have historically believed is the right relationship between the people and those whom they select to work on their behalf within the government.

The First Amendment to the Constitution makes that point emphatically. It is the very first statement found in the Bill of Rights. Here is the text, for those who might need reminding:

Let me suggest our president do some remedial reading. He could start with the Constitution. Our current president often acts like he thinks he should be given some kind of special deference (you could call it "worship") just because he is the president. And now he is suggesting that "we," all of us, are part of some sort of national worship circle, just because we live in the United States.

Wrong on the first count. The president gets no special deference.