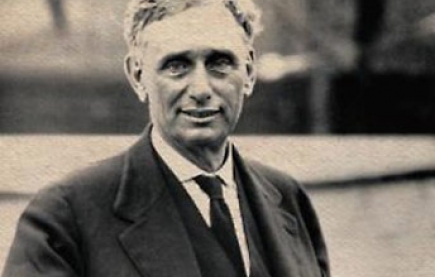 Publicity is justly commended as a remedy for social and industrial diseases. Sunlight is said to be the best of disinfectants...

I was reminded of Brandeis' advice when I read the David Talbot column in the April 2, 2017, edition of The San Francisco Chronicle. Talbot's column was titled, "Hot Trump story gets little media attention."

Citing to WhoWhatWhy, an online provider of responsible investigative journalism, Talbot noted that James Comey, Director of the FBI, has apparently been "sitting on" information demonstrating that our current President is directly tied to Russian mobsters, and specifically to Semion Mogilevich, "a Russian crime kingpin closely connected to Putin."

This information about Trump's ties to Russian mobsters was supposedly known by Comey prior to the November 2016 election. I am betting that the information might have been of interest to the voters had it been disclosed prior to the balloting. Comey chose to highlight possible irregularities in how Hillary Clinton dealt with her State Department-related emails, instead of saying anything about this particular topic.

Comey, in other words, is no friend of the Democrats. So says Talbot. And Comey appears to be a friend of President Trump, in terms of how Comey conducts the official business of the FBI. That's Talbot's conclusion.

Here is a link to the WhoWhatWhy story that Talbot is talking about, if you'd like to read it.

In the meantime, ponder what Justice Brandeis had to say about sunlight and secrecy. Maybe we ought to have a system that lets the American people have access to all that "information" that we are paying that "Federal Bureau" to collect!

Brandeis said it: "Sunshine is said to be the best of disinfectants!"