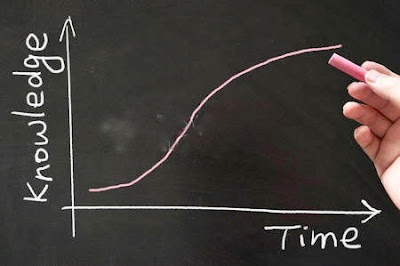 Trudy Rubin is a columnist for the Philadelphia Inquirer. Her column is called, "Worldview," and the  paper describes and advertises the column as follows:

Trudy Rubin’s Worldview column runs on Thursdays and Sundays. Over the past decade she has made multiple trips to Iraq, Pakistan, Afghanistan, Egypt, Turkey, Israel and the West Bank and [has] also written from Syria, Tunisia, Lebanon, Iran, Russia, Ukraine, South Korea and China. She is the author of Willful Blindness: the Bush Administration and Iraq, a book of her columns from 2002-2004. She was a finalist for the Pulitzer Prize in commentary in 2016 and 2001, and in 2008 she was awarded the Edward Weintal prize for international reporting. In 2010 she won the Arthur Ross award for international commentary from the Academy of American Diplomacy.

On April 9th, Rubin's column opined that "Trump did the right thing in striking Syria." This column, like most of Rubin's columns, expresses her long-standing favorable view of the use of American military force.

I was particularly struck by Rubin's introductory observations:


President Trump did the right thing, the necessary thing, in striking Syria's Shayrat Air Base in response to the Assad regime's gruesome gas attack on civilians. In so doing, the president sharply reversed his own past stance and positions his team took just days ago on Syria. Call it the learning curve of Trump.


The illustration at the top of this blog posting shows how a "learning curve" actually works. Learning and knowledge increase with "time." So, what was Rubin's intention in praising the president for a "learning curve" that was so rapid that it only took "days" for the president to appreciate what the very experienced world traveler and international affairs pundit, Trudy Rubin, has taken years to understand?

Was she being satirical? I don't think so.

Candidate and then president Trump started off saying that he wanted to stay out of military involvements in Syria. Now, he has plunged right in. In fact, Syria was such a success (witness the approbation of both Democrats and Republicans alike, not even counting Rubin) that the president immediately sent out U.S. aircraft carriers to provoke North Korea. Now, that's a real "learning curve!" Perhaps the president is using this clever tactic to see just how far that deranged nation has come in its efforts to become a full-fledged nuclear power, and to discover, once and for all, whether or not North Korea is really able to strike the West Coast of the United States with a long-range nuclear missile.

In my view, Trump's turnaround was NOT, really, a reflection of his "learning." I think that the president's attack on Syria (and his decision to provoke North Korea) are just the most recent examples of our president's irrepressible propensity for premature ejaculation. (I mean, of course, the kind that goes along with Twitter, and things like that).

I contend that no "learning curve" has informed these recent presidential actions, because not enough time has passed to provide the president with the kind of experience that powers up any legitimate "learning curve."

In my view, Rubin wasn't being satirical in talking about "the learning curve of Trump." She was just happy that the president now agrees with her!

So, my question is, what about Rubin's "learning curve?"

Doesn't look to me like Rubin has learned much of anything at all!