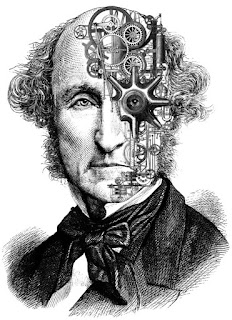 In an essay titled, "The Illiberal Imagination," Adam Gopnik asks, "are liberals on the wrong side of history?"

That's a good question, which I am not going to address in this blog posting. Gopnik does address the question, and in trying to get to an answer, Gopnik reviews three different books, Age of Anger, by Pankaj Mishra, Homo Deus, by Yuval Noah Harari, and A Culture of Growth, by Joel Mokyr.

As is sometimes the case with book reviews, the excellence of the review managed to convince me that I didn't actually need to read the books. If you click the link to Gopnik's essay, in the first paragraph of this posting, you can read what Gopnik has to say about these books, and then you can come to your own conclusion about whether you either need or want to move on to the books themselves. If you do want to read the books, I have linked them for you in the second paragraph, above.

My commentary, here, is not about the books, but about what Gopnik says right at the start of his review, before he gets into talking about the books:

Of all the prejudices of pundits, presentism is the strongest. It is the assumption that what is happening now is going to keep on happening, without anything happening to stop it. If the West has broken down the Berlin Wall and McDonald’s opens in St. Petersburg, then history is over and Thomas Friedman is content. If, by a margin so small that in a voice vote you would have no idea who won, Brexit happens; or if, by a trick of an antique electoral system designed to give country people more power than city people, a Donald Trump is elected, then pluralist constitutional democracy is finished. The liberal millennium was upon us as the year 2000 dawned; fifteen years later, the autocratic apocalypse is at hand. Thomas Friedman is concerned.

Surely, we all know about the gravitational pull that "presentism" exerts on our intellect and understanding. And surely many of us can well understand the disparaging reference that Gopnik makes to one of our more pretentious pundits, Thomas Friedman, so often afflicted by the  kind of "presentism" that Gopnik deplores.

As Gopnik immediately goes on to say:


You would think that people who think for a living would pause and reflect that whatever is happening usually does stop happening, and something else happens in its place; a baby who is crying now will stop crying sooner or later. Exhaustion, or a change of mood, or a passing sound, or a bright light, something, always happens next. But for the parents the wait can feel the same as forever, and for many pundits, too, now is the only time worth knowing, for now is when the baby is crying and now is when they’re selling your books.

Here is the point that I liked so much: "whatever is happening usually does stop happening, and something else happens in its place."

I think Gopnik is right about that! Furthermore, when what is happening is not at all good (take our contemporary politics as an example, as Gopnik does), then it is very comforting to know that "something else" is probably going to be happening soon. Or, if not soon, that something new and different will at least happen sometime.

I want to add on a thought to Gopnik's observation, though - and to note, preliminarily, that "observation" is exactly the right word to describe Gopnik's review. Gopnik is writing as an "observer," just as Friedman and all those similar pundits are "observers."

"Presentism" is a disease to which "observers" are particularly prone. To avoid "presentism," and particularly in its most debilitating form, which is despair, we must realize that we, and all other persons, are not, at bottom, observers at all. We can, and do "act." We are, in the final analysis, "actors," or at least we can be, and when "whatever is happening" is not what we wish were happening, that is exactly the time to remind ourselves of that fact.

Like right now, for instance. This is a reminder. "Whatever is happening" will, as Gopnik notes "stop happening," and "something else" will happen in its place.

And what will cause that change to occur? Actions by men and women who wish not simply to observe history, but to make it.