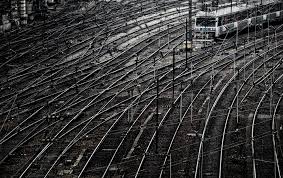 I just had to laugh when I read the newspaper yesterday. Here is what our President said about health care:

Nobody knew that health care could be so complicated.

But there is a more basic reason that your statement is laughable, Mr. President. EVERYTHING is complicated.

Here are some examples:

In fact, the more we understand the world, the more we appreciate the fact that Bob Dylan was absolutely on target in his Ballad Of A Thin Man: "something is happening here, but [we] don't know what it is...." (I said this yesterday, too).

If we had a bit more respect for the complexities of, literally, EVERYTHING, maybe we would show more restraint and deference in the face of every reality we confront, physical, personal, and political, and maybe we would be less quick to condemn, denounce, and destroy those other people, and other things, that we actually don't understand at all.

"Pride goeth before a fall," they say. This is another way to state a warning that even Presidents should take to heart. Humility is advisable not only because it's "nice." It's advisable because the realities with which we deal and in which we are enmeshed respect this rule: