#47 / Doing Some Reading In The Arctic News 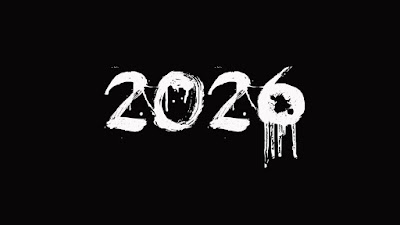 The year 2026 has been drawing some attention. In case you missed it, 2026 is the year that some are now proclaiming will be the final year for human life on Earth.

I first saw the story in Counterpunch, the home of "fearless muckraking." At least, that's the way the website bills itself. Counterpunch "Tells The Facts. Names The Names."

A story that Counterpunch ran on February 3, 2017, by Robert Hunziker, was titled, "Human Extinction 2026." Despite the title, the article did not make any hard and fast predictions. It contained appropriate disclaimers about that 2026 date. Hunziker and Counterpunch, however, clearly don't think the 2026 date can be "dismissed as balderdash." Quite the contrary:

The scientific model that leads to a conclusion that human extinction happens by 2026 is based upon facts, not fiction. Scientists simply extrapolate current data about the rate of climate change into the future. Voila, extinction is right around the corner. Ten years comes fast. Thus, the scientific modeling is credible...

An earlier article, from the November 25, 2016, edition of The Daily Caller, was titled, "Biologist Says Humanity Won’t Survive To See Thanksgiving 2026. The scientist quoted in The Daily Caller article is Guy McPherson. According to Wikipedia, The New York Times has called McPherson "an apocalyptic ecologist," and he definitely lives up to this designation. McPherson is not "pulling his punches" on the 2026 prediction:


“It’s locked down, it’s been locked in for a long time – we’re in the midst of our sixth mass extinction,” McPherson told New Zealand’s Newshub.

McPherson believes current efforts to fight global warming are a waste of time since humanity will be gone within a decade. Instead, the biologist wants us to focus on living life to its fullest.

The more recent article in Counterpunch did not mention McPherson. It cited, instead, to an article on "Extinction" in The Arctic News. That article puts the 2026 prediction in the form of a question, not an assertion:

While not so declamatory, The Arctic News' analysis is actually more persuasive than the bare assertions attributed to McPherson in the article referenced above. As Counterpunch says, The Arctic News' analysis is "based on facts." It is also the result of work by a whole set of scientists, none of whom appears to have made his or her career on the basis of "apocalyptic predictions." It's an article worth reading.

It's an article worth thinking about!