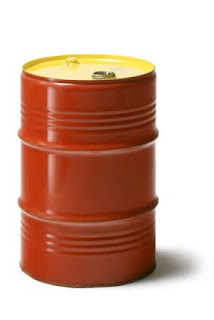 It has been received political wisdom since the days of Mark Twain that one should "Never pick a fight with people who buy ink by the barrel."

Some have attributed this quote to other persons, and particularly to William I. Greener, Jr., public affairs officer for the Washington Post, but the principle has long been recognized as good advice, and particularly for those involved in politics.

It appears that the President of the United States (current version) does not feel particularly motivated to avoid picking a fight with the press and the media, thus demonstrating in this area, as in so many others, his willingness to go beyond the confines of what has been assumed to be normal conduct by our political leaders.

The Friday, January 27, 2017 edition of The New York Times carried an article documenting how President Trump, and his close advisors, are going out of their way to "pick a fight" with the press.

In the print edition, The Times front page proclaimed, "Media Bashed Again, as Chief Strategist Piles On." The online version of the story was titled, "Trump Strategist Stephen Bannon Says Media Should ‘Keep Its Mouth Shut.’"

The Times quoted the President as calling the media and journalists "among the most dishonest people on earth." Strategist Bannon repeatedly said that the media is "the opposition party."

For those not enamored with our current President (the majority of the voters, at last count), the fact that the President is, indeed, "picking a fight" with the press and the media could be seen as just another example of why Donald J. Trump is so obviously and uniquely unsuited to serve as President. There could even be, among those who do not love our current President, a certain sly satisfaction that he is, in fact, disregarding Twain's good advice, and "Greener's Law," and is picking a fight with powers that can, and surely will, soon overwhelm him.

But what if Twain and Greener are wrong?

The President's attack on the press and media is likely not simply an example of his congenital choler and irascibility. It is, in fact, a "tactic," and a "strategy." The President is using his presidential authority to say that what you read in the newspapers or what you may see on television, or online, is not, in fact, a truthful presentation of political realities, but is, in fact, a "political attack," from the "opposition party," which is unworthy of belief.

In short, the President's decision to "pick a fight" with the press is an effort to discredit any claim that those reporting on him are reporting the "truth." Thus, to the degree that the President's supporters and the public at large come to believe that the media and the press don't, actually, deal with truth, but only with "politics," there will  be no strong and stable position from which it will be possible to challenge or oppose the President's use of executive power.

Concern about "fake news" already raises questions about whether any statements made in the press, media, or online can actually be relied upon. This goes even to arguments about whether pictures taken at the inauguration of President Trump actually depict reality, at least enough to be considered to be the basis for a comparison with earlier presidential inaugurations.

Since I am in the midst of reading Hannah Arendt's The Origins of Totalitarianism, let me point out that she says that totalitarianism begins, and is founded upon, "conspicuous disdain of the whole tenure of reality."

That is exactly what Trump's attack on our means of communication is attempting to create, a "disdain of the whole tenure of reality." This effort, in other words, is even worse than a mere attack on the "free speech" protections found in the First Amendment. "Let them say whatever they want," Trump is advising us, "but everything they say is "dishonest," and just another political attack from "the opposition party." According to Trump, what the press says, and the mirror it holds up to his conduct, is not revealing of any reality; there is no reality but what he, himself, proclaims.

Unless we can, as a people, find a mechanism that will allow us to discover and cling to truth, so that we can see truth, and differentiate it from what is not true, then all the ink, in all the barrels that print the news, may not be enough to avoid the totalitarian tide.

Totalitarianism, in fact, can be swept in on a tide of ink and media images, millions of words and pictures that are not credited as truth, but that are disdained, as reality itself is lost.