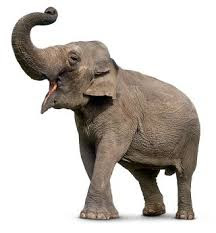 This is a big difference between Democrats and Republicans. Republicans try to change the polls, whereas Democrats try to follow the polls.

I am quoting, above, from George Lakoff, a linguist who explained in a recent interview how the Democrats helped elect Donald Trump. Click the link to review what Lakoff says; it is well worth your time.

Mainly, Lakoff is discussing, in this interview, how "framing" the issues, in politics, can have an important impact on the outcome of the political process. Lakoff's ideas on this topic are presented at length in his 2004 book, Don't Think of an Elephant! In this recent interview, Lakoff documents the unwillingness of the Democrats to consider the idea (obvious to many of us) that the advertising and other campaigning done by the Clinton campaign was really building Trump's political "brand."

While Lakoff's observations on how the Democrats got their "framing" wrong are worth reading about, I was more interested in a related point made by Lakoff in the interview. Namely, that the Democratic Party is "poll driven," treating poll measurements as if they documented "reality."

We always need to remember that "reality" is what we make it. WE are in charge of reality, because what exists depends on what we do.

In case you haven't noticed, that is exactly what the Democratic Party just did!