#17 / The Origination Clause And Then Some 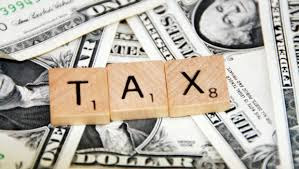 All Bills for raising Revenue shall originate in the House of Representatives; but the Senate may propose or concur with Amendments as on other Bills.

In an article published in the January 3, 2017 edition of The New York Times, Rebecca M. Kysar, a professor at Brooklyn Law School, poses this question: "Is Trump's Tariff Plan Constitutional?" President-Elect Trump has said that he plans to raise tariffs by unilateral, executive action, to carry out his commitment to protect American jobs. Kysar suggests that the Origination Clause would make it unconstitutional for Mr. Trump, when he becomes our President, to do what he says he wants to do about tariffs.

Tariffs raise revenue; therefore, new tariffs cannot be set by Executive Order; they must be the result of legislation enacted by the Congress, and that legislation has to begin as a Bill in the House of Representatives.

That's Kysar's conclusion, based on the Origination Clause, but she goes on from there to give Mr. Trump some good advice on how to do pretty much the same thing, in a different way.

Kysar's article is interesting, in and of itself, so if arcane arguments about relatively obscure parts of our Constitution tend to get you going, click the link to read her article. I am citing to the article for another reason, because of a more general observation that Kysar makes about the Constitution. Talking about taxes, Kysar says:

The founders thought about this issue a lot: After all, taxes, as every grade schooler knows, fueled the colonies’ push for independence. So they wrote the Constitution, and its Origination Clause, to give the taxing power to the part of government that is closest to the people, thereby protecting against arbitrary and onerous taxation.

In a few days, when Mr. Trump gets to delete the hyphenated "Elect" from his current title, we are all going to find out whether or not our new President is really going to try to set our national agenda on the basis of unilateral, executive action, or whether he is going to respect that "separation of powers" idea.

That part of the Constitution, by the way, is neither arcane nor obscure. I like to think that grade schoolers are still being taught that our elected Representatives (in the Congress) are the ones who are empowered make most of the decisions about what we, as a nation, are going to do. That's a rule applicable to tariffs and taxes, and to everything else, besides!

Here's my point, and I think we all need to start thinking about this. IF we find our new President really thinks he's a King, with some kind of right to make national decisions unilaterally, resistance is going to be required. And resistance will be forthcoming, too; I'm pretty sure of that. After all, we did dispose of that King thing once before, about 241 years ago. We know the drill!

What sort of specific actions of resistance will be needed, though? That's an extremely pertinent question, and beloved former San Francisco Chronicle columnist Jon Carroll is trying to get some focus on what turns out to be a rather difficult inquiry.

Here's my contribution. Let's remember that we have elected Representatives because they are the part of our government that is "closest to the people," as Kysar notes. That's important because, being relatively "close," it's relatively easy for us to make them do what we want. As we look for ways to apply pressure, in resistance to presidential claims of unilateral power, we can insist that our Members of Congress interpose themselves between unconstitutional and unconstrained claims of executive prerogative, and those who would be affected by it. We must be prepared effectively to demand that our Members of Congress, not the President, make the big decisions. We must, in other words, insist that our Constitutional democracy work as it is supposed to. If people don't seem to get that (if they missed it in grade school) then we can roll out those "teach in" strategies that have worked before.

Having been an elected official myself, I can testify from my own experience. Elected officials are easily terrified if the people who get to elect them are mad, and demand that they do something. That "close to the people" thing means that the people need to be close enough to our Congressional representatives that those representatives can see the whites of our eyes. When the people get that close, elected officials can be harried and threatened into action. Trust me, I've seen it work. Remember, it is possible to throw them all out of office every two years.

Of course, the people have to care enough to deliver their demands in person, and they have to be persistent.  Snap Chat and Facebook "resistance" isn't going to cut it, if it turns out that our new President wants to be King. We are going to have to demand that our Members of Congress start doing their jobs, and the best way to assure that they do is to organize in such a way that we can convey, clearly, that if they don't do their jobs, and oppose the kind of "arbitrary and onerous" actions that contradict American values, we will be able to take their jobs away from them at the next convenient opportunity, which is always no more than two years away.

Worried about authoritarian and totalitarian commandments from on high? We need to make our Members of Congress fight them. We might be very pleasantly surprised how effective we can be, as motivated constituents, in making elected representatives understand that they had better start representing us (the majority) if they don't want to be thrown out of office.

This system, which is actually what has always been called "American democracy," works in Red States, and in Blue States. And my bet is that very few voters in any kind of state are going to want what we are guessing may be coming down the line from our new President and his Administration.

IF things are as bad as we suspect they might be we've got to make that representative democracy system perform.