#15 / An Airy Dismissal Of Discernible Reality 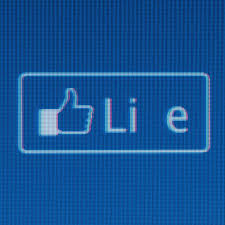 Jonathan Mahler, writing in The New York Times Magazine, discusses "‘Self-Investigation’ in a Post-Truth Era." It's a good article, and worth reading. You can read it by simply clicking the link.

I particularly enjoyed Mahler's inclusion of the following commentary by a "senior adviser" inside the administration of President George W. Bush. Mahler characterizes these remarks as an "airy dismissal of discernible reality."

In 2002, a “senior adviser” inside the Bush administration told the journalist Ron Suskind (for an article later published in this magazine) that the mainstream media were part of “the reality-based community,” which he defined as people who “believe that solutions emerge from your judicious study of discernible reality.” But that’s not the way the world works anymore, the adviser explained. “We’re an empire now, and when we act, we create our own reality.”


Now, I definitely dislike, and disagree with, and object to the reference to "empire." Nothing that is in the remotest degree "imperial" has any place within our system of representative democracy. A couple of weeks ago, in fact, I noted with disapprobation that our soon-to-be-President, Donald J. Trump, does not seem to have the kind of aversion to "imperial" references that ought to be built-in to anyone who serves as President of the United States.

However, let me put in a good word for the "senior adviser," and his or her idea about how our "political world" actually works. There is a way to understand the comments quoted in a positive light - and I think they make an important point.

If, by "discernible reality," we mean what apparently seems to be the current situation (and I think that's what the term conveys), then the "senior adviser" is totally correct that we should not be looking for solutions in what currently exists.

In politics, we create our own "realities" by having an idea, or a dream (it's that "vision thing"), and then doing the work necessary to convince others that they should join with us to create a new "reality." The "realities" of the human world that we create through politics are not "givens." We decide. We decide what we want, and then we act, and we transform "discernible reality" as we do.

Any surrender to the "discernible realities" of the current situation, granting such "realities" a status that puts them beyond any challenge or change, is precisely the opposite of what "politics" is actually all about.

In the political world, WE make the realities. We forget that at our peril.