#360 / Stitching Up Some Years At Christmas 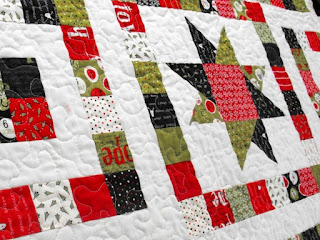 When I served on the Santa Cruz County Board of Supervisors, which I did for twenty years, from 1975 to 1995, I did a weekly radio show, each Tuesday, focused on issues that were coming before the Board. Sometimes, when Tuesday was a holiday, I searched beyond the agenda, and sometimes, when Christmas came on or right after a Tuesday, I talked about Christmas itself.

Some things, it seems, never change.  Mary and Joseph were in Bethlehem because a decree had gone out, from Caesar Augustus, that all the world should be taxed. And in Bethlehem, Mary and Joseph found scant shelter in a stable, and their Baby was laid in a manger, because there was no room for them elsewhere.

The power of the government to tax has never waned, from that day to this, and Jesus proved accurate in his statement that the poor will be with us always. In Santa Cruz County, this Christmas, poor people are homeless; over a thousand people in our community have no roof to shelter them. It is the lucky ones who are able to find even a rudimentary place to sleep.

So, although almost two thousand years have passed since the birth of Jesus, things today are not that different. It seems that some things never change. Soren Kierkegaard, a Danish theologian, used to write about the "contemporaneity" of Christ. We never really will understand the Christmas story, says Kierkegaard, unless we understand that it is taking place now. By allowing ourselves to place Jesus in the past, we insulate ourselves from the power of His person.

It is an amazing story that the Gospels tell. All our efforts to insulate ourselves seem ultimately to fail. Two thousand years later, this story of Christmas still moves us. And while it's true, in a way, that things have not changed in all those years, the Christmas story tells us, I think, something very different. It tells us that despite all appearances things do change; that things have changed; that the world is different now because of the birth of this Child.

But why, then, did the angels sing to the Shepherds; and why did the wise men come? God so loved this world‑‑with all its problems‑‑that he gave for this world the gift of his Son, to make manifest among our problems the power that God's love brings.

This Christmas story, two thousand years old, is still contemporaneous with us. Its message is a message of transforming power‑‑of real change in a world that always seems to be the same. The power of love works miracles. We do know it. We remember it, again, tonight. We know that when we lay down our own lives‑‑our ambitions, our hopes of personal gain‑‑when we share and give to others, everything can be, and will be, transformed.

Amidst the major miracle of life itself‑‑given to each one of us‑‑are the minor miracles we work, when we love others as God has loved us. Christmas tells us not that things will always be the same.  It tells us that they will be changed‑‑to the extent that we will change our lives, and love others, as God has shown us. So the angels sang, in Bethlehem, the truth of Christmas: "Glory to God in the highest, and on earth, peace, good will towards all." Christmas is the story of how love can change all things.

May this Christmas spirit of love transform us, and sustain us, in the year ahead.