Otis R. Taylor, Jr., who writes an "East Bay" column for the San Francisco Chronicle, has this advice for all of us: 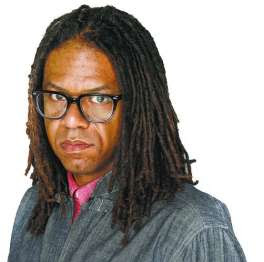 Instead of typing, talk!


This is a shorthand way to make an important point about our politics today - and the politics we need to return to in days to come.

Politics, Taylor is saying, properly understood, is not something we can practice in a "virtual" world. Politics is the way we create a "real" world, the world in which we most immediately reside, and that's where our political activities need to take place. We need actually to talk to people, not just sign petitions and send messages over the Internet.

To be an effective political participant, in other words, it is not enough to post to Facebook (or to sign a MoveOn petition, or to write a blog - and I do take Taylor's advice personally).

What is required is real action in the real world.

A genuine and healthy politics takes place in the real world, and involves actual human beings.

Taylor's column is worth reading - and maybe you can get through the Chronicle's paywall and actually read it. The link I have provided will get you to the full text, providing you aren't stopped for being a Chronicle non-subscriber. But if you do get blocked by the paywall, one line sums it up:

Instead of typing, talk!