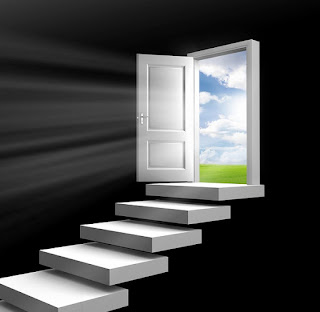 On Thanksgiving this year, the San Francisco Chronicle published an "Open Forum" column on "Listening," authored by Mary Pratt, co-founder and creative director of goforwardfilms.com, "a video agency that works with small companies and nonprofits to tell their story." In her column, Pratt provided "5 steps to a respectful political discussion."

While Thanksgiving Day is now in the past, it is still quite timely to reflect on what it takes to have a "respectful political discussion." The steps outlined by Pratt in her Chronicle column are as follows:

I would like to second Pratt's motion that we aim for some respectful political dialogue between those who differ. And please feel free to send a copy of Pratt's column to your Member of Congress!

We just went through a presidential campaign characterized by an almost unprecedented nastiness. Candidate Clinton said that a large fraction of her opponent's supporters were in a "basket of deplorables." Candidate Trump's outrageous personal attacks were numerous - too numerous to list here. The "campaign," though, is now over, and hurling insults at the other side, at this stage, seems counterproductive (presuming that this approach was ever "productive," as a campaign tactic, in the first place).

President-elect Trump issued a Thanksgiving Day statement that seems to indicate that he agrees with the idea that political opponents should now be trying to forge a "respectful relationship." According to a news story from The Washington Post, which appreared in the San Jose Mercury News on Thanksgiving, the President-elect said, "we have just finished a long and bruising political campaign...but we have before us the chance now to make history together to bring real change to Washington...."

Don Miller, the editor of my hometown newspaper, the Santa Cruz Sentinel, has chimed in to much the same effect: "Here's the question du jour for the holiday; How can I possibly sit down at the same table with relatives whose views (opinions, voting record) I detest? Hint: Drinking excessively is not the answer...Try, instead, to just ... listen."

I found a column in the Thanksgiving Day edition of The New York Times to be another worthwhile appeal for what might most properly be called "empathy." Former politician and Kennedy family member Mark K.  Shriver urged readers to make "mercy" a guiding principle in their lives, citing specifically to the teachings of Pope Francis.

The "equation" below, is a little shorthand description of how our political system works, and describes our efforts to live together in a human-created and "political" world. I have mentioned it before in this Two Worlds blog. I know it's not really an "equation," but I do think that a short guide to democratic self-government can be written as follows:

To work from the back to the front: "government" means the way we find to live together, and to create the "human world" in which we most immediately reside. That "government" derives from "rules" or "laws" that reflect our collective decisions. WHAT those rules and laws turn out to be is the product of our "politics."

Politics is the debate and discussion that, ultimately, in a democratic society, leads to a decision. The written down decisions, our laws and rules, generate the realities that our human actions create, and in this manner we govern ourselves. A failure to understand how properly to follow this equation leads to the failures of government that most of us now admit are characteristic of self-government as currently practiced in the United States.

We can't have good government - or even democratic government itself - without the debate and discussion that is the very definition of politics. That means we do need to "listen" to those with whom we disagree, and to hope that they will listen to us.

Hurling insults is not a good way to get a hearing, or to have a discussion. We can't blame "the other person" for their insults and failures to hear us, either.

12-step recovery programs have proven their effectiveness against certain types of addiction. Let's not get addicted to political division and divisiveness.

It wouldn't be a bad idea, I think, to try out the 5-step program from the Chronicle column!