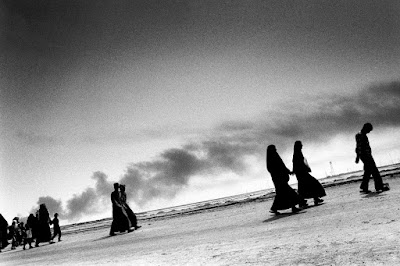 If you click this link, you'll be able to read an online version of the August 14, 2016 edition of The New York Times Magazine. This edition is unusual. There are no ads. There are no columns. It's all one story.

As the Editor's Note says, this edition of the magazine is, "in essence, a short book [describing in both words and pictures] the catastrophe that has fractured the Arab world since the invasion of Iraq 13 years ago, leading to the rise of ISIS and the global refugee crisis."

The United States government, the government that represents both you and me, is largely responsible for the horrific destruction and etched grief that is documented so well in the pictures of Paolo Pellegrin. We are responsible, you and me, in very large measure, for the events described by author Scott Anderson.

First we need to know.

Then we need to act.