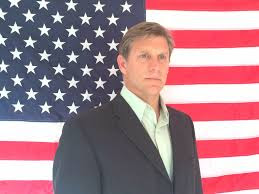 Dissatisfied with the Republican Party and Democratic Party candidates for President? Meet Zoltan Istvan, pictured above, running for President as a candidate of the Transhumanist Party.

Istvan has told the San Francisco Chronicle that his aim is to become a "cyborg." That's a being with both organic and "biomechatronic" body parts.

You can read about Istvan, the nation's first "chip-enhanced" candidate, by clicking this link. Here is one more example of a human being deciding he would rather be his own creator than to accept his status as a "creature" in the World of Nature.

Not only am I not voting for Istvan, I'm not aiming to be a cyborg, either.